Challenges to producing enough affordable food for people on Earth have progressed alongside our own evolution.

In my previous editorial I wrote about the challenge of feeding a growing population expected to reach 9 billion people by 2050 and the need to modify an unsustainable agriculture system that is destroying the environment.

So the May issue of National Geographic caught my eye when I noticed that it covers “The New Food Revolution,” and asks the ultimate question: “Where will we find enough food for 9 billion?” Presenting a five-step plan, the authors aptly suggest reducing our agricultural footprint and deforestation, boosting yields of unproductive farms, using resources more efficiently, shifting our diets and reducing waste.

With respect to changing diets, our May issue covers novel protein sources, including insects. According to Gerard Klein Essink, director of The Netherlands-based Bridge2Food, “Edible insects contain high quality protein, vitamins and amino acids for humans. Insects have a high food conversion rate; for example, crickets need six times less feed than cattle, four times less than sheep and half as much as pigs and broiler chickens to produce the same amount of protein. Insects also emit less greenhouse gas and ammonia than conventional livestock and they can be grown on organic waste.”

Challenges to producing enough affordable food for people on Earth have progressed alongside our own evolution. For example, in the 19th century Thomas Malthus predicted population growth would outpace agricultural production and lead to mass starvation in Europe. However, he failed to account for the human response to the challenge, and the ingenuity that led to vast innovation in food production. In the 1960s the Green Revolution modernized our farming practices once again to deliver affordable food around the world.

Today, among other obstacles facing modern society, global climate change will significantly shape the future of life on Earth. According to a recent report from the Intergovernmental Panel on Climate Change, “Impacts from recent climate-related extremes, such as heat waves, droughts, floods, cyclones, and wildfires, reveal significant vulnerability and exposure of some ecosystems and many human systems to current climate variability. Impacts of such climate-related extremes include alteration of ecosystems, disruption of food production and water supply, damage to infrastructure and settlements, morbidity and mortality, and consequences for mental health and human well-being. For countries at all levels of development, these impacts are consistent with a significant lack of preparedness for current climate variability in some sectors.”

There is no magic wand to wave at this problem. Our collective response to this looming threat will need to weave together carefully crafted policies—and then likely be reexamined and recrafted. As National Geographic stated, “We would be wise to explore all of the good ideas, whether from organic and local farms or high-tech and conventional farms, and blend the best of both.”
Related Searches
Related Knowledge Center
Suggested For You 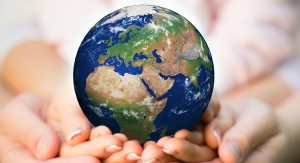 Food Injustice in a Changing Climate: Hundreds of Millions at Risk of Hunger