The U.S. Senate voted overwhelmingly against an amendment (SA 2127) sponsored by Sen. Richard Durbin, D-Ill., to the pending Food and Drug Administration (FDA) Safety and Innovation Act (S. 3187), by a vote of 77 to 20. The amendment, if passed, would have set new requirements for dietary supplement manufacturers to register all products and their ingredients with FDA within 30 days of introduction, reformulation, or discontinuation.

The vote removes this amendment from consideration for inclusion in the overall bill, which will be debated in the U.S. House of Representatives, likely next week.

Speaking on the Senate Floor in advance of a vote on the Durbin Amendment, Sen. Orrin Hatch, R-Utah, said the amendment "is based on the misguided presumption that the current regulatory framework for dietary supplements is flawed and that the FDA lacks authority to regulate these products." Hatch added that instead of allowing FDA to utilize the resources it already has under the Dietary Supplement Health and Education Act (DSHEA), which Hatch co-authored, the Durbin Amendment "serves to punish all responsible companies with its overreaching mandates."

Hatch added that 150 million Americans use dietary supplements regularly and that multiple previous FDA commissioners have testified that DSHEA provides the appropriate level of responsible oversight.

"AHPA would like to thank our supporters in the Senate and the many supplement companies that contacted their senators to defeat Senator Durbin's amendment and its regulatory overreach and red tape," said Michael McGuffin, AHPA president.

"I have worked with my colleagues from each of the other supplement trade associations over the last several days in this call for prompt and cooperative action, and I am pleased that this effort reaffirms the incredible unity of the dietary supplement industry when legislative threats to DSHEA emerge," he added.

The Council for Responsible Nutrition’s Mike Greene, vice president, government relations, issued a statement regarding the vote. “CRN and our members were actively involved in opposing Sen. Durbin’s ill-conceived amendment that would have required makers of dietary supplements to register their products with FDA,” he said. “Current law provides FDA enough authority to protect consumers eliminating the need for duplicative measures such as Durbin’s amendment.

“CRN was proud to work side by side with our industry champions Sens. Hatch and Harkin,” he continued. “Their continued support for our industry and belief in the basic tenets of the Dietary Supplement Health and Education Act (DSHEA) ensures that consumers have access to safe and beneficial products.”

Jeff Wright, president of The Natural Products Association (NPA), also issued a statement that said the Durbin amendment that would have imposed needless regulation on the dietary supplement industry. “The Senate vote was a significant victory for the industry,” Mr. Wright said. “Senator Durbin announced his intention to seek a vote on his amendment for the first time late Tuesday evening and worked hard to ‘whip’ votes on his surprise amendment all day Wednesday and Thursday, including making several statements on the Senate floor.”

Mr. Wright said NPA worked in tandem with five industry trade associations, reaching out to “Congressional champions and fellow stakeholders,” as well as its grassroots network, “which responded with a flood of outreach to Capitol Hill,” ultimately resulting in the amendment being defeated.

“It is important that we all remember that the regulation of dietary supplements remains a hot topic for members of Congress,” Mr. Wright stated. “We must remain engaged because these issues are likely to be revisited.” 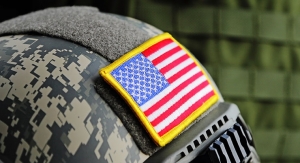