Research: Researchers pooled data related to the regular ingestion of vitamin C and warding off the common cold among the population. They reviewed 30 published studies involving over 11,000 people who took at least 200 mg of vitamin C daily.

Results: While there was a slight reduction in the duration and severity of common cold symptoms compared with placebo, the degree of effect was so small that researchers deemed the clinical usefulness doubtful. Vitamin C also came up short as a therapeutic agent, as trials of high dose vitamin C at the onset of a cold showed no consistent effect on either the length of a cold or the severity of symptoms. What researchers did find, however, is that those people who are exposed to short periods of extreme physical stress appear to benefit from vitamin C supplementation. In fact, in several trials involving a total of nearly 650 marathon runners, skiers and soldiers taking part in sub-artic exercises, taking vitamin C reduced their risk of catching the common cold by 50%. 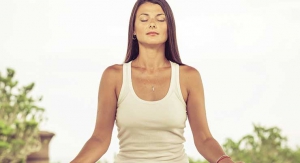