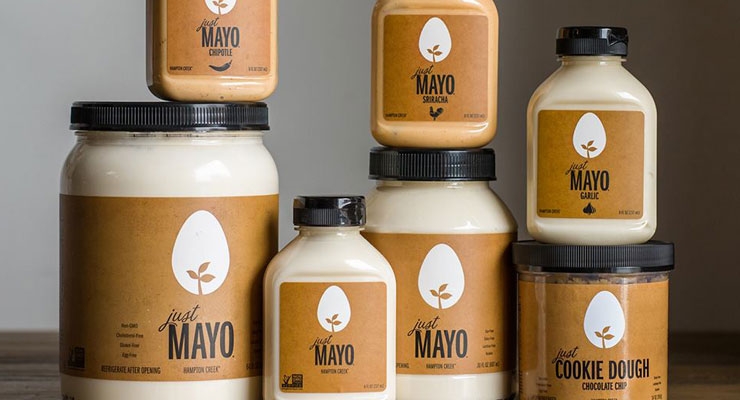 The agency claimed the Just Mayo and Just Mayo Siracha products make “unsubstantiated health claims” and do not conform to the definition and standard of identity of mayonnaise.

Specifically, in its letter, the agency stated a “cholesterol free” claim on the company’s product label does not meet the necessary requirements in accordance with 21 CFR 101.62(d).

The company’s website includes the statement “You’ll never find cholesterol in our products,” which FDA said is an “unauthorized synonym for ‘cholesterol free.’”

“In accordance with the requirements in 21 CFR 101.62(d)(ii)(D), if the reference amount customarily consumed (RACC) is small (30 grams or less or 2 tablespoons or less) and the food contains more than 13 grams of total fat per 50 grams, then the label or labeling must disclose the level of total fat in a serving of the product in immediate proximity to the cholesterol claim.”

The Warning Letter went on to conclude Hampton Creek is making an unauthorized heart health claim, which FDA said implies that these products can reduce the risk of heart disease due to the absence of cholesterol.

“While there are authorized health claims about cholesterol and the reduced risk of heart disease, Hampton Creek’s products do not qualify to make these health claims, in part, due to the amount of fat that they contain.”

Just (Not) Mayonnaise?
According to FDA’s letter, Hampton’s Creek’s products do not meet the accepted definition of mayonnaise because they don’t contain eggs.

“The term ‘mayo’ has long been used and understood as shorthand or slang for mayonnaise. The use of the term ‘mayo’ in the product names and the image of an egg may be misleading to consumers because it may lead them to believe that the products are the standardized food, mayonnaise, which must contain eggs as described under 21 CFR 169.140(c).”

“Additionally, the use of the term ‘Just’ together with ‘Mayo’ reinforces the impression that the products are real mayonnaise by suggesting that they are ‘all mayonnaise’ or ‘nothing but’ mayonnaise. However, your Just Mayo and Just Mayo Sriracha do not meet the definition of the standard for mayonnaise. According to the labels for these products, neither product contains eggs.”

The products also contain ingredients that are not permitted by the standard of identity for mayonnaise, FDA added, such as modified food starch, pea protein and beta-carotene, which may be used to impart color simulating egg yolk.

Mr. Tetrick told the New York Times that he spoke with an FDA official about the agency’s concerns. “It was a good conversation, and we’re going to write an honest, thoughtful letter back to them, as they suggested,” Mr. Tetrick told the Times. “Apparently, there are often gray areas when it comes to these things, and they sounded very open to digging into this with us.”

In November last year Unilever, which owns the Hellman’s mayonnaise brand, sued Hampton Creek for false advertising, claiming the Just Mayo product does not meet the FDA’s definition of mayonnaise. Unilever dropped the lawsuit in January, amid public outcries that it was attempting to strong-arm competition, but not before Hampton Creek gained national attention.

The company has since continued to grow rapidly, and Mr. Tetrick has been vocal about disrupting the current food system to feed a growing population affordably and sustainably. The company has issued a series of open letters published in the New York Times.
Related Searches
Related Knowledge Center
Suggested For You 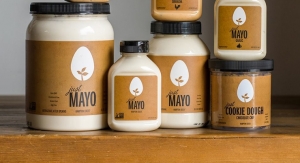