Researchers supercharge the compound responsible for bitterness of grapefruits with the goal of producing a supplement that could be helpful in the treatment of a variety of health conditions.

A pucker-inducing grapefruit isn’t only a vitamin C-rich part of a sensible breakfast. Researchers at Hebrew University of Jerusalem and Harvard University Israel have isolated a component of the grapefruit that could prove beneficial in the treatment of diabetes, arteriosclerosis and hyper-metabolism. In fact, they postulated that if taken as a pre-meal dietary supplement, the result is "a substantial reduction of fat and sugar absorption in the body.”

Acting on previous research which demonstrated the potential for naringin—an abundantly available flavonoid aglycone molecule responsible for a grapefruit’s bitter taste—to have potential in the treatment of diabetes, arteriosclerosis and hyper-metabolism, the group recently demonstrated that naringenin (the hydrolyzed form of naringin) inhibited hepatitis C virus (HCV) production.

Despite its many potential benefits, the researchers concluded that the absorption of naringenin in its natural form is very low. To overcome this obstacle, the Hebrew University-Harvard research team, led by Dr. Yaakov Nahmias of the Benin School of Engineering and Computer Science at the Hebrew University and his graduate student, Maria Shulman, turned to cyclodextrins, a family of cyclic oligosaccharides that can be useful tools during formulating because they provide a cavity capable of accommodating small, similarly sturctured hydrophobic molecules. Cyclodextrin is also an FDA approved excipient.

The researchers used what they knew about cylclodextrin to create a nano-complex of naringenin within a ring of cyclodextrin sugar. The newly created complex increased the absorption of naringenin by 11 times.

The researchers found that a single dose of the complex yielded measurable results. An oral dose of the complex was administered to rats 30 minutes before they were given a high fat (olive oil, 1 ml/kg) and high sugar (glucose, 1 g/kg) meal. Blood glucose levels were measured sequentially for two hours after the meal. Researchers found that the complex sufficiently reduced the generation of VLDL (bad cholesterol) by 42%, and increased insulin sensitivity by 64%. “Interestingly,” the researchers, wrote, “triglyceride levels in the same rats increased, but not significantly. This response is similar to that of fibrates that, like naringenin, act through PPARα, and are thought to occur due to a flux of chylomicrons from the intestine.”

The researchers were also curious about the complex’s potential for organ damage, so they evaluated the liver, kidneys and intestines of the test rats (post-mortem) about 10 hours after administering the complex and found “no gross pathological changes.”

According to the researchers, this is the first demonstration that a dietary supplement can change the way the body reacts—in a beneficial way—to a meal. Their discovery was detailed in “Enhancement of Naringenin Bioavailability by Complexation with Hydroxypropoyl-β-Cyclodextrin,” which was published in the scientific journal, PLoS One.

Although Dr. Nahmias did not respond to Nutraceuticals World’s request for comment, he did express his excitement about the complex via a prepared press release. “The complex is special in that it is taken just before a meal, as a preventative measure,” he said. “In comparison, existing medications are given only after the chronic development of abnormal lipid levels in the blood.”

The scientists said that the sugary taste of cyclodextrin sufficiently masks the inherently bitter taste of naringenin, making a supplement of the compound “no longer such a bitter pill to swallow.”

Patents for the development have been applied for by Harvard University and Yissum, the technology transfer company of the Hebrew University, and clinical tests are now under way in the U.S. The research was supported by the National Institute of Diabetes and Digestive and Kidney Diseases and the Harvard Clinical Nutrition Research Center.
Related Searches
Related Knowledge Center
Suggested For You 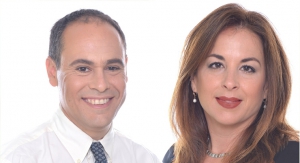 CDC Study Shows Too Many Teens Have High Cholesterol 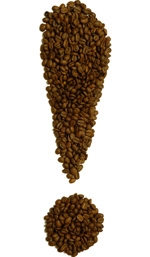