Trade Groups Contend that Supplements Should Qualify for Tax Deduction 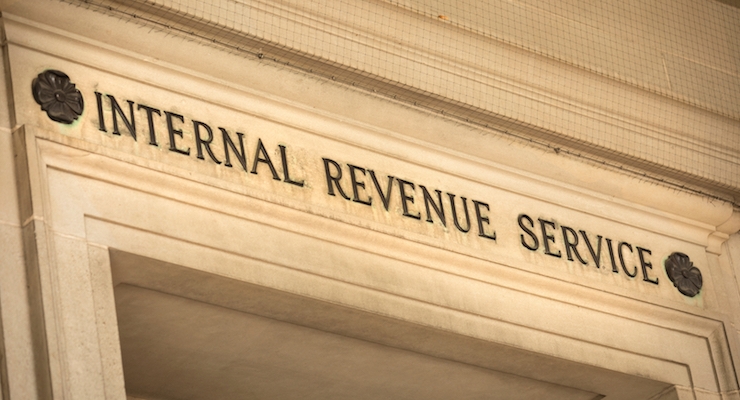 The regulation at issue for supplement companies is IRS Publication 502
04.20.20

In a letter to Internal Revenue Service (IRS) Commissioner Charles P. Rettig, those at the helm of major trade associations in the dietary supplements industry (American Herbal Products Association, Consumer Healthcare Products Association, Council For Responsible Nutrition, and United Natural Products Alliance) petitioned for action through the CARES Act to provide people with the ability to receive reimbursement for supplements by classifying them as a medical expense eligible for coverage under Health Savings Accounts (HSA) and Flexible Spending Accounts (FSA). Those who signed the letter were AHPA president Michael McGuffin, CHPA president and CEO Scott Melville, CRN president and CEO Steve Mister, and UNPA president Loren Israelsen.

This comes following similar actions taken by Congress to restore the ability to obtain reimbursement for over-the-counter drugs. According to the trade groups writing to Rettig, IRS can expand coverage to dietary supplements independently of Congressional action.

“The inclusion of dietary supplements as a ‘medical expense’ eligible for FSA/HSA coverage does not require Congress to act- the IRS can expand HSA and FSA reimbursements to include these important nutritional supplements without a legislative change,” they wrote. “Indeed the only barrier now I san IRS guidance from 20 years ago that could be updated to recognize the increased need for proactive self-care by Americans in these times. Specifically, we request that you revise Internal Revenue Service (IRS) Publication 502 to permit nutritional and dietary supplements to be considered ‘medical expenses under the Internal Revenue Code.”

“Medical care expenses must be primarily to alleviate or prevent a physical or mental disability or illness,” it reads. “They do not include expenses that are merely beneficial to general health, such as vitamins or a vacation.” Nutritional supplements can be covered, however if they are recommended by a medical practitioner as treatment for a specific, physician-diagnosed medical condition.

McGuffin, Melville, Mister, and Israelsen also suggested that Publication 502, as a guidance document, disregards Section 262 of the Internal Revenue Code, which states that deductions can include “expenses incurred primarily for the prevention or alleviation of a physical or mental defect or illness,” and does not have wording which excludes nutritional supplements specifically.

“Today, the science supporting nutrition and dietary supplements has revealed a range of specific health benefits associated with the use of these products,” they wrote. “More than three quarters of Americans use dietary supplements for a range of benefits, from addressing nutrient deficiencies to strengthening bones and helping to prevent osteoporosis. American consumers view dietary supplements as a critical part of their preventive care, creating cost saings to the healthcare system, to employers, and individual consumers.”

For tax years 2019 and beyond, the groups wish for IRS to revise Publication 502 to remove the present exemption on nutritional supplements, and add a paragraph which states:

“You can include in medical expenses the cost of dietary supplements, provided that such products are labeled with Supplement Facts labels that are compliant with federal regulations for these products.”
Related Searches
Related Knowledge Center