Analysis of U.K. start-up businesses showed most were failing to turn a profit. 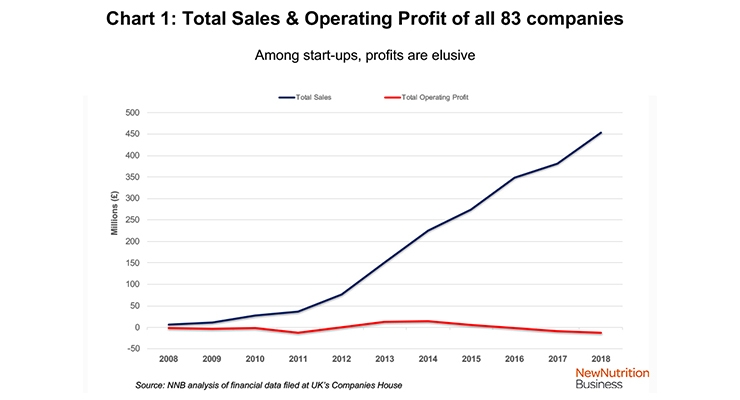 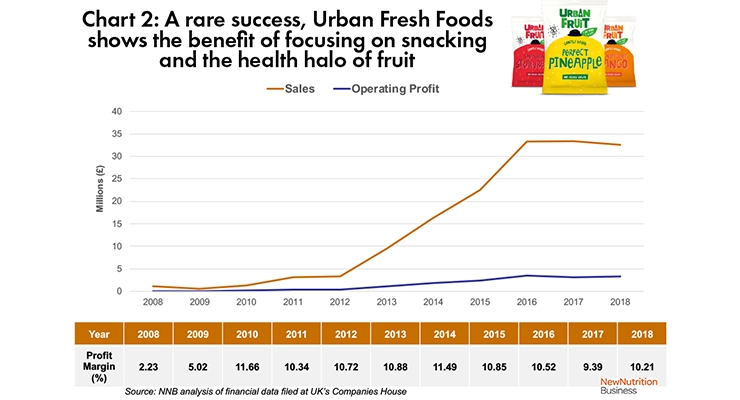 Start-up food and beverage brands may seem appealing, but these ventures can be extremely risky, and things are even more complicated and uncertain due to COVID-19.

“A start-up may be the most effective way to destroy your capital, short of betting on horses,” said food industry expert Julian Mellentin, director of international consultancy New Nutrition Business (NNB). “In 2019 it was becoming clear that all was not rosy in the start-up garden. We had learnt from talking to the market that most start-ups fail to achieve scale and most have terrible financials.”

The big successes like Chobani or Grenade were rare outliers, he added.

NNB’s research focused solely on the U.K. market, which is Europe’s start-up capital, producing more challenger brands than anywhere else in Europe. The U.K. retail environment also favors start-ups, with giant retailers willing to give them shelf-space.

NNB selected 83 companies that had launched between 2005 and 2015. “We cut off at 2015 so that there would be at least three years of data for the newest companies,” Mellentin said.

The analysis showed that achieving profitability and scale is the exception, not the rule:

Biggest Winners in Snacking
Snacking was the most profitable category with an average profit margin of 4.2%. The three most successful companies in the total sample were snacking companies:

These three companies alone accounted for 51% of the sales and 52% of the total profits of the 27 companies that were profitable in 2018.

Dairy Did Well, Plant-Based Dairy Did Not
“The dairy companies in our sample were also mostly successful,” said Mellentin. “Companies like Collective Dairy and Biotiful are growing and making profits.”

However, none of the companies making plant-based substitute milks or yogurts in the sample had ever made a profit, and in one case losses were worsening each year. “Despite the hype about dairy substitutes, it's clearly still a niche and a very crowded one,” said Mellentin.

Understand the category you are going into: Know the category and its dynamics (and which categories to avoid). It’s clear that some categories have profound challenges. Gluten-free bakery, for example, may be past its peak.

Successful entrepreneurs don’t always win twice: Previous success is no guarantee of success with a new venture. It depends more on the category dynamics. “One very successful entrepreneur had gone into a new category, but after seven years the new business was still nowhere near making a profit,” said Mellentin.

Create a point of difference: Collective Dairy is a successful insurgent brand in the U.K. Its flavors, packaging and total proposition stand out in an over-crowded yogurt aisle.

If you want to sell your business, make a profit: “The investor’s hope, which originated in Silicon Valley 20 years ago, is that you can focus on growth and the profits will follow,” Mellentin said. “It's clear that in food and beverage that doesn’t apply. None of the loss-making businesses achieved an exit sale for their founding investors, with the exception of one bakery business which was sold to a private equity group which has since grown sales but never managed to make their acquisition achieve a profit.”
Related Searches
Related Knowledge Center