Live births did not differ significantly among groups of men taking 30 mg of zinc and 5 mg of folic acid or placebo. 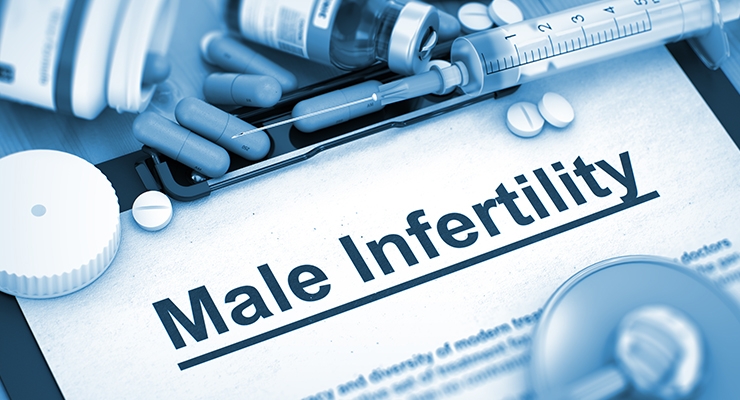 Dietary supplements containing zinc and folic acid—marketed as a treatment for male infertility—do not appear to improve pregnancy rates, sperm counts or sperm function, according to a study conducted by the Eunice Kennedy Shriver National Institute of Child Health and Human Development (NICHD), part of the National Institutes of Health. The study was published in the Journal of the American Medical Association.

The authors noted that most so-called fertility supplements contain zinc and folic acid. Zinc is an essential mineral for sperm formation, and folate, the natural form of folic acid, depends on zinc to help form DNA in the sperm. Previous studies of these nutrients as a treatment for male infertility have produced conflicting results.

In the current trial, researchers enrolled 2,370 couples planning infertility treatments in four U.S. cities and their surrounding areas. The men were assigned at random to receive either a placebo or a daily supplement containing 5 milligrams of folic acid and 30 milligrams of zinc.

Live births did not differ significantly among the two groups: 404 (34%) in the supplement group and 416 (35%) in the placebo group. Similarly, the groups did not differ among various measures for sperm health, such as sperm movement, shape and total count. However, the proportion of sperm DNA fragmentation—broken DNA in the sperm—was higher in the supplement group (29.7%), compared to the placebo group (27.2%). Studies have linked a high rate of sperm DNA fragmentation to infertility.

Men in the supplement group also had a higher proportion of gastrointestinal symptoms, compared to the placebo group: abdominal discomfort (6% vs. 3%), nausea (4% vs. 2%) and vomiting (3% vs. 1%).

“Our study is one of the first randomized, placebo-controlled trials to assess whether folic acid and zinc supplements help to improve male fertility,” said Enrique Schisterman, PhD, of the NICHD Division of Intramural Population Health Research, who conducted the trial, along with colleagues. “Our results suggest that these dietary supplements have little to no effect on fertility and may even cause mild gastrointestinal symptoms.”
Related Searches
Related Knowledge Center