Dr. John H. Silliker, the late founder of Silliker Laboratories (now Mérieux NutriSciences), was named a 2016 inductee of the National Inventors Hall of Fame for his contributions to the processing of food materials. This coming May, Dr. Silliker's family will attend a special ceremony honoring the 2016 class in Washington, D.C.

In a released statement, the institution lauded Dr. Silliker's distinguished career: "John H. Silliker is globally recognized in the food industry for his fundamental and extensive contributions to the field of microbiology in preventing bacterial contamination of processed food." Specifically, the Hall of Fame cited his work on an innovative preservation method for fresh meat, poultry and fish (Patent No. 2,876,108).

"My dad’s passion for science was like a force of nature. He was excited about food safety and food quality every day for 70 years," said Paula Silliker Goepfert, one his two daughters. “He was a man of tremendous imagination whose ideas rose above ordinary distinctions like pure and applied. My father ran with ideas, hurdling all obstacles, truly driven to turn ideas into innovation and achievement."

This drive resulted in the opening of Silliker Laboratories, one of the country’s first independent laboratories dedicated to food testing in 1967. Under Dr. Silliker's leadership, the laboratory was an industry trailblazer, becoming the first laboratory network to be accredited by the International Standards Organization (ISO). Today, Mérieux NutriSciences is one of the largest international networks of food testing and consulting laboratories with over 80 locations in 20 countries.

Dr. Silliker, who died at the age of 92 last year, authored more than 85 microbiology papers and was the recipient of numerous industry honors. Following his death, the Mérieux NutriSciences laboratory in Crete, IL, one of the largest food testing facilities in North America, was renamed the John H. Silliker Solution Center to honor his memory and contributions to food science.
Related Searches
Suggested For You 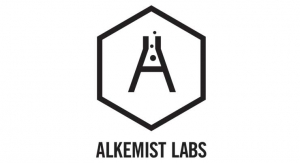 Mérieux NutriSciences Expands to the Middle East with IDAC Acquisition

The Many Shades of Green