Research conducted by scientists at the University of Liverpool and published in the journal Gut showed that soluble fibers found in plantain, a type of large banana, may help treat patients with Crohn’s disease.

Research conducted by scientists at the University of Liverpool and published in the journal Gut
showed that soluble fibers found in plantain, a type of large banana, may help treat patients with Crohn’s disease.
Crohn’s causes chronic intestinal inflammation, leading to pain, bleeding and diarrhea. Researchers are working with biotechnology company, Provexis, to test a new plantain based food product that could treat patients with the disease.
Scientists have previously shown that people with Crohn’s disease have increased numbers of a “sticky” type of E. coli and weakened ability to fight off invading intestinal bacteria. The team investigated whether dietary agents could influence E. coli entering the lining of the gut.
The sticky E. coli are capable of penetrating the gut wall via special cells, called M-cells that act as “gatekeepers” to the lymphatic system. In patients with Crohn’s disease this leads to chronic inflammation in the gut. Scientists found that plantain soluble fibers prevented the uptake and transport of E. coli across M-cells. They compared these results with tests on polysorbate-80—a fat emulsifier used in processed food to bind ingredients together. The tests revealed that polysorbate had the opposite effect to plantain fibers, and encouraged the movement of bacteria through the cells.
Scientists are now conducting clinical trials to test whether a medical food containing plantain fibers could keep Crohn’s patients in remission.
University of Liverpool Professor, Jon Rhodes, member of the National Institute for Health Research (NIHR) Biomedical Research Centre (BRC), said: “Crohn’s disease affects people from all over the world, but it is much more prevalent in developed countries, where a diet of low fiber and processed foods is common. There has been a rapid increase in incidence of the disease in Japan, for example, which now has more of a western processed food diet. Dietary factors and the increased numbers of E. coli in the intestine of Crohn’s patients suggested to us that there could be a link between the food that we eat and the transportation of bacteria in the body.”
Dr Barry Campbell, from the University’s Institute of Translational Medicine, added: “This research shows that different dietary components can have powerful effects on the movement of bacteria through the bowel. We have known for some time the general health benefits of eating plantain and broccoli, which are both high in vitamins and minerals, but until now we have not understood how they can boost the body’s natural defenses against infection common in Crohn’s patients. Our work suggests that it might be important for patients with this condition to eat healthily and limit their intake of processed foods.”
Peter Laing, Head of Research and Development, Provexis, said: “In partnership with the BRC, we are hopeful that this new medical food, containing soluble plantain fibers, could help halt the progression of the disease and prevent it from returning.”
Research was funded by the Wellcome Trust and the National Institute for Health Research.
Related Searches
Related Knowledge Center
Suggested For You 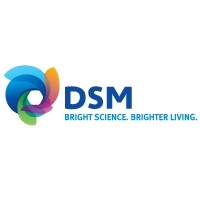 Study Looks for Link Between Diet and Behavior

Going with the Flow