Capsanthin could be poised to overtake lutein as the go-to carotenoid for optimal eye health due to a wider net of clinically-researched benefits. 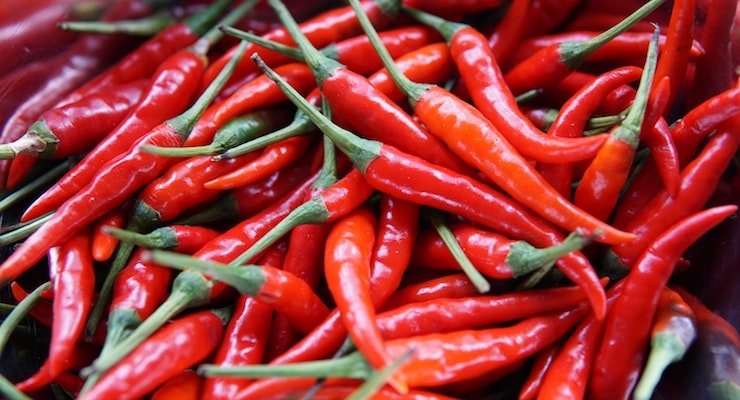 Breakthrough research supported by Unibar, a plant-based nutritional company, has led to an upcoming launch of CapsiClear, a novel capsanthin supplement which promises to be the first of its kind in terms of standardized potency and clinical evidence supporting its health claims.

Capsanthin, a carotenoid found in a number of peppers including chilis, has been used traditionally as a natural red dye in a host of various food and products. While previous studies have evaluated capsanthin’s potential to benefit metabolic health, Unibar is the first company to support full-fledged research into the role it could play as a standalone dietary supplement.

Now, the company will soon launch CapsiClear, a patent-pending capsanthin ingredient which boasts over 50% concentration of the beneficial carotenoid. For these reasons, this supplement is highly unprecedented despite years of research that went into determining its potential health benefits. Additionally, it’s the first nutritional supplement that boasts clinically-supported eye health benefits via oral delivery, according to Unibar.

“After working on lutein and developing a patented product with it, I began looking at other carotenoids,” Sevanti Mehta, Unibar president, said. “We’ve been working on Capsanthin for eight years, because we believed it would have more powerful effects than lutein. After plenty of struggles and frustrations, we’ve reached a stage where we can create a stabilized capsanthin molecule from chili peppers that is clinically shown to have some fantastic benefits.”

According to research pending publication, which was conducted by a team at the University of North Texas, the high levels of capsanthin provided by CapsiClear yield a broader range of significant eye health benefits than those found in lutein. Lutein has been clinically shown to improve protection from blue light rays and increase macular pigment density. CapsiClear, however, has been shown in multiple trials to have similar results, but also has been shown to have a protective effect against white light damage, improve recoveries from photostress (eye strain and fatigue caused by lengthy light exposure), and reduce intraocular pressure (IOP).

The study, conducted by Dr. Brian K. McFarlin, found that among 21 participantsm, those who took CapsiClear at a dosage of 40 mg per day may increase macular pigment density, which is linked to better vision, reduce the recovery time after exposure to bright light, and improve reading speed under different light conditions.

A 28-day human clinical study found that CapsiClear helped maintain optimum intraocular eye pressure, and found that these benefits were not dose-dependent among those who took 20, 40, and 80 mg doses.

“After the initial research at the University of North Texas, we conducted additional benefit studies on animals showing a reduction in intraocular pressure, and these benefits will be fantastic to humans of all ages,” Mehta said. “There are genetic deficiencies effecting eye pressure, which can lead to blurry vision and glaucoma-like symptoms in the future.”

According to Tiea Zehnbauer, Unibar’s vice president of sales, vision is something that young people ought to consider when thinking about healthy aging. In recent trends, healthy aging applications have made their way into a variety of market segments aimed toward younger consumer targets.

“The aging population really needs it, because as we get older, our eyes get weaker and the body has more trouble absorbing nutrients we need from food alone,” Zehnbauer said. “This starts at middle age. However, we have young people exposed to a barrage of harmful light due to the amount of exposure they have to their computers and cell phones.”

It’s evidence is based on Unibar’s preliminary research that Capsanthin supports ocular health in a more multifaceted way than lutein, another carotenoid known to have beneficial eye health properties. Clinical trials have evaluated CapsiClear’s efficacy in reducing intraocular pressure (which can eventually lead to glaucoma), an increase in macular pigment density, improved protection from blue light rays, an improved ability to recover from photostress (characterized by eye strain, fatigue, headaches, neck aches, and more) and increasing reading speeds in both blue and white light.

Whether Capsanthin can one day be used not only as a supplementary ingredient, but as an ingredient in food products, remains to be determined by future research, Mehta and Zehnbauer said. While it has GRAS certification and can be used in products with a nutrition facts panel, the question of how to ensure bioavailability of high dosages of capsanthin in food products, or what those foods might be, has not yet been answered.

In the meantime, the dietary supplement industry should stay tuned for research on CaspiClear’s benefits which will be published in the near future, as well as other human clinical studies still in the works, Mehta said. 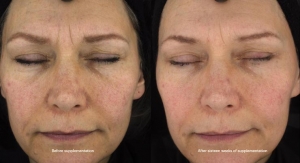 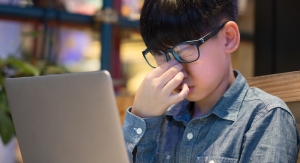 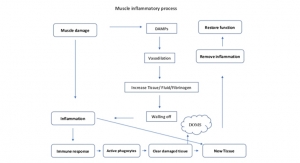