What Does Functionality Mean in 2020? 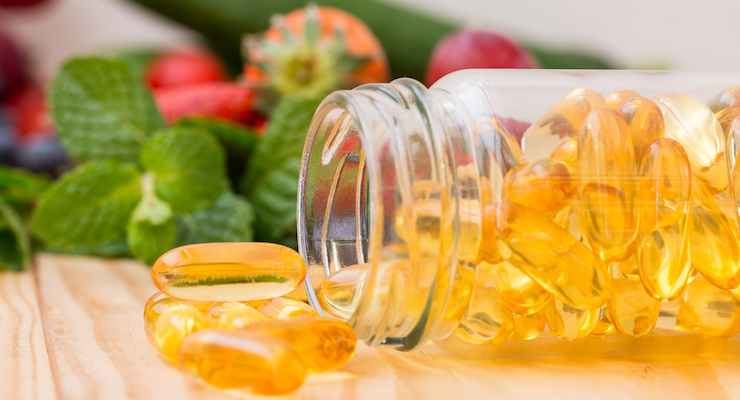 How we define functionality in nutrition, and what functions consumers best receive, is constantly shifting.

Market research company The Hartman Group recently unveiled its annual report on trends within the functional foods, beverages, and supplements market for this year. In large part, the report centered around how functionality is beginning to permeate into more segments of food products than ever before, and how the COVID-19 pandemic may be changing what functionality means to U.S. consumers at large. Data was based on surveys of 2,367 adults, weighted to be representative of the U.S. Census, in addition to a number of in-depth interviews over the phone or skype for more qualitative information, all of which took place in April.

“Functionality as a concept was something that consumers were already engaged with and interested in prior to the pandemic,” Laurie Demeritt, CEO of the Hartman Group, said. “The situation has definitely dialed up the needs, aspirations, and desires within this space.”

The Hartman Group found that one third of U.S. consumers are now using functional products daily as a result of the pandemic; 75% of consumers have increased their supplement use since COVID, and over half have upped their functional food and beverage intake.

What Does Functionality Mean Today?
Consumers consider many attributes when assessing whether or not a product is “functional.” Two needs that have been especially important of late include personal empowerment and resilience.

“Many of us feel that things are a bit out of control, beyond what is happening at home, such as how we spend time and money, and what we put into our bodies,” Demeritt said. “Functional products speak to the ways in which we can take control of our health.”

Likewise, “Consumers feel that the country’s collective well-being is at risk, and want to be part of a more resilient country, medical system, and food supply chain. It’s important to consumers to be proactive about their health to ensure that they’re doing everything they can.”

In today’s environment, it is fair to define the functionality of a product in terms of where it stands on a spectrum: either on the “scientific” end, or the “inherent” end, Demeritt reported.

Scientific functionality, which has greater prominence in the field of dietary supplements, tends to rely more heavily on medical and scientific information, with lesser emphasis on taste and format. Inherent functionality, however, delves more into natural products, which may have less scientific backing and are more food and beverage-based, such as adaptogens, fermentation, and elements of “traditional” medicine.

Scientific functionality trends leading the supplements space today include immunity, bone/joint health, general prevention, skin, hair, and beauty, and energy. For functional foods, most of the inherent functions consumers seek out are more closely tied to metabolism, and include energy, general prevention, cardiovascular health, and digestion, though immunity has become much more prominent in the food space than before.

The Hartman Group found that functional beverages appeared to have the least delineation between generational cohorts surveyed, compared to both foods and supplements.

Younger Groups Are Discerning Trend-Setters
Generation Z (U.S. adults between the ages of 18 and 22) and Millennials (adults between the ages of 23 and 41) appeared to be more inclined to hop onto a broad number of trends, compared to their older counterparts. While historically supplements have been the primary products associated with functional benefits for older groups, younger people are more likely to seek out innovative delivery formats and ingredients.

Probiotics, “superfruits,” coconut oil, avocado oil, and more are relatively new in the functional foods space, and sales are being driven in large part by younger demographics. Young people are also driving the quick acceleration of ingredients such as coconut, ginger, seeds, chamomile, whey, and CBD in the beverages space.

With ingredients that have low usage rates, such as ashwagandha, nootropics, digestive enzymes, prebiotics, mushrooms, and other botanicals, younger people expressed very high interest in the prospect of trying these ingredients, signaling potential for innovation if these ingredients can effectively pique the interest of Millennials and Generation Z.

While, across the board, functional products are most likely to be used in order to support generalized health and optimal nutrient intake, young people largely seek out these products for an array of specific benefits, and are more likely to be receptive to nuance and the science behind novel ingredients and physiological processes such as inflammation and hormonal health.

In addition, younger age groups may further influence entire market segments. Take cognitive function, for example. Historically, cognitive health appealed almost entirely to older consumers and was centered around targeting memory loss, however, many formulas on the market today are heralded not for age-related benefits, but for acuity and sharpness. Millennials (52%) and Gen Z-ers (57%) are by far more interested in the prospect of a cognitive health product of any kind than someone in an older age range, transforming this segment from one that speaks to maintenance, to one that speaks to optimal performance.