Experts believe the global health crisis will reshape the role that doctors, nutritionists, and others will play in the supplements marketplace. 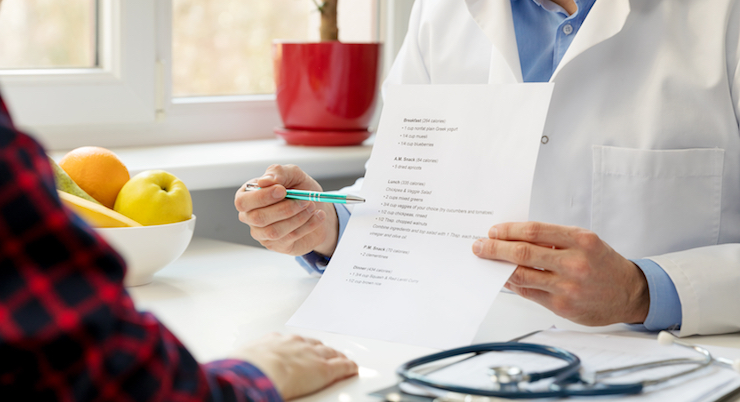 The pandemic has created many pressing issues that challenge practitioners and the supplement market.

Unsurprisingly, the COVID-19 pandemic is causing lasting challenges for all forms of preventative medicine, including the areas inhabited by dietary supplements and other nutritional products, due to a combination of factors.

Many of the struggles seen in a market driven by nutritionists, naturopaths, integrative physicians, coaches, and others who recommend dietary supplements to their clients appear to be similar to the struggles that clinical physicians working in Western medicine are facing.

A recent panel of experts, hosted virtually by the Council for Responsible Nutrition (CRN), shared findings relevant to the practitioner channel of the nutritional products industry, discussing impacts seen so far—and how they mimic those in other healthcare channels—along with predictions on how this industry will adapt.

Downturns for Clinics
Erik Goldman, the editor and co-founder of Holistic Primary Care, a publication specializing in news related to the primary practitioner channel in the natural medicine space, said there are a number of trends spanning the entire field of primary care.

“There are five most pressing issues: clinic closures, the postponement of non-urgent and elective care, massive drops in clinic revenue, a vast and fast expansion of telemedicine, and the spread of illness among clinicians and caregivers,” Goldman said. “Those in primary care are extremely, extremely vulnerable.”

“Preventative care visits among adults have declined about 54% by revenue,” Goldman continued. “It’s the elective things, the basic physicals, the non-life threatening stuff that’s being furloughed, which is where a lot of our integrative medicine lives, and I imagine we’re going to see similar hits there specifically.”

Nationally, Goldman reported that over a three-month period since COVID-19 outbreaks began occurring in the U.S., over 58,000 practicing physicians have shut their doors, the vast majority of those specializing in non-urgent care.

Goldman believes that, for now, the only intuitive measure that primary care specialists can take across all segments of conventional and holistic medicine are to adapt to telemedicine, and to do so quickly, as the consumer and regulatory pressures demanding access to virtualized preventive care will be vast and indefinite.

More Physician Interest
Despite the vulnerabilities to the practitioner channel of dietary supplements posed by the pandemic, it is likewise important for everyone within the supplements industry to look at where the opportunities are being carved out. Yadim Medore, the CEO of Pure Branding, a marketing firm that specializes in nutritional products, said that despite the lapse in visits to clinics for the purposes of preventative care, it is important for brands to capitalize on the growing acceptance and enthusiasm for natural products seen in younger doctors and physicians practicing Western medicine, and where the shift in sentiment toward holistic medicine is coming from.

Many practitioners who recommend dietary supplements to people they provide care for classify themselves as unlicensed coaches, nutritionists, naturopaths, acupuncturists, massage therapists. But younger MDs and DOs embracing supplements, known collectively as integrative physicians, represent one of the fasting growing segments of supplement practitioners, Medore said.

“The integrative physicians surveyed reported that they wish to treat root causes versus symptoms, focus on wellness and disease management, and take into account a patient’s lifestyle and environmental factors,” Medore said.

How Should They Communicate?
Supplement companies hoping to integrate a practitioner channel into their approach should be aware of specific regulations on communicating endorsements and the testimonials of practitioners with whom they’re working—both in and out of direct advertisement.

This is especially true in the current context of a global healthcare crisis, at a time in which both the U.S. Food and Drug Administration (FDA) and the Federal Trade Commission (FTC) are engaging in heightened scrutiny over health claims attached to dietary supplements.

Kristi Wolff, a partner at Kelley, Drye, and Warren LLP, who has an extensive background in advising clients navigating regulatory jurisdictions of both the FDA and FTC, said that having access to expert testimonials from healthcare practitioners for use in healthcare advertising does not supersede the need to provide scientific substantiation for claims.

“Endorsers must have appropriate qualifications, and their opinions must be based on their own experiences and beliefs based on the examination or testing of a product,” Wolff said. “Additionally, material connections must be disclosed, and receiving an endorsement from a practitioner involves the same rules as traditional endorsers.”

Wolff additionally cleared up possible misconceptions about “doctor recommended” claims, which supplement companies seeking out practitioner endorsements should be made aware of.

“‘Doctor recommended’ is a very powerful claim, one which requires a pretty high level of substantiation,” Wolff said. “You need to demonstrate that doctors in that field are recommending your product, using a national survey that is statistically relevant and well-designed.”

Wolff also said that the FDA and FTC are targeting “implied” claims and deeming them in violation of a standard that no dietary supplement can claim to cure, treat, or prevent any disease. Claims that once inhabited a gray area in a pre-COVID setting now appear increasingly actionable in the eyes of regulators, Wolff said, indicating that FDA and FTC have been doling out warning letters in the dozens over the past few months over health claims.

“Implied claims appear to be the primary cause for concern,” Wolff said. “Even brief statements that would otherwise seem innocuous a year ago, something like ‘in these stressful times,’ are being flagged in the given context. Even contextual glues that don’t expressly identify a cure, treatment, etc., are subject to action, and these rules are unilateral across all platforms, social media, podcasts, web, and more.”