All too frequently, new so-called “miracle” products or “wonder foods” promise to change our health forever. Sadly, many of these fads have little science or true medical value behind their often-exaggerated claims. However, the humble blackberry—the state fruit of Kentucky—is quickly emerging as a bona fide nutraceutical superstar. Its uses in treating ailments of the mouth and eyes have been recorded as far back as the 16th century. Today, a Kentucky company is planning to combine its natural benefits with the power of modern science to improve oral health, and much more.

Antioxidant Powerhouse
In 2004, a report in the American Journal of Clinical Nutrition explored the availability of naturally occurring polyphenols in a range of foods. Blackberries were found to score higher than or as high as other berries when measured for several polyphenols, including hydroxybenzoic acids, anthocyanins and monomeric flavonols. The authors cautioned, however, that levels in any food source varied widely, depending on a range of factors during growth, from light exposure to soil conditions. Therefore, it would be difficult to ensure consistent polyphenol quality or quantity within any one food type.

A second study appeared in the same journal in 2006, this time looking at the antioxidant content of foods commonly consumed in the U.S. Although many of the foods tested were found to be completely devoid of antioxidant content, 50 foods with notable levels were ranked, with the blackberry coming out on top in terms of antioxidant content per serving. Study authors noted the links between the consumption of foods rich in antioxidants and the reduction of oxidative damage caused by numerous environmental and dietary factors, and which can lead to ongoing cellular damage.

One woman who took an interest in the ongoing studies was Paige Shumate Short. Having recently taken over her father’s blackberry farm, the entrepreneurial businesswoman was seeking opportunities to develop a market for blackberries beyond the existing use in jams, cake and so on. She recalled, “I heard so much about the health benefits of black raspberries, and thought that surely blackberries must be even better.”

Meanwhile, at the nearby University of Kentucky, Dr. Russell J. Mumper, a professor of pharmaceutical sciences, was engaged in a joint research project with the Ohio State College of Dentistry. The project was exploring the health benefits of black raspberries and their potential to treat some oral cancers. Upon reading about the research and the study’s tests of an oral gel, Ms. Short approached Dr. Mumper, originally about being a supplier for fruit to use in future research. After talking further, the pair decided to combine their skills, and Four Tigers, LLC, was formed in 2004. From the very beginning, Ms. Short was adamant that Four Tigers be a science driven company, with a strong research basis behind any claims they might make. In her own words, Dr. Mumper is “the brains of the operation. I’m the heart.” In the decade since that first meeting, Four Tigers has gone on to become a leader in all aspects of blackberry research, from growth of the fruit to production of blackberry extract to scientific research into the benefits of such an extract.

Potential for Blackberry Extract
Dr. Mumper and his colleagues at both the University of Kentucky and the University of North Carolina, Chapel Hill, where he moved to in 2007, have conducted a number of studies, all discovering new possibilities for blackberry extract. In the Journal of Medicinal Food (2007), he reported some of his preliminary findings about the food, concluding that “Hull blackberry extract (HBE) has potent antioxidant, antiproliferative, and anti-inflammatory activities and that HBE-formulated products may have the potential for the treatment and/or prevention of cancer and/or other inflammatory diseases.”

Given the potential that findings of this and other studies held for the treatment of skin diseases, cancers and oral conditions, one difficulty faced was what to focus on first. Influenced partly by Dr. Mumper’s existing research and partly by news reports about poor dental health in Kentucky, particularly in the Appalachian regions, they decided oral health should be their first focus.

Dr. Mumper holds two patents for blackberry extract products, and he admits that, given the extract’s incredibly broad range of properties, there is significant potential. To date, the company has raised roughly $1.7 million in research funds, including two grants from the National Institutes of Health and matching funds from the Commonwealth of Kentucky. Their good fortune in finding funding and their separate individual career interests gives Ms. Short and Dr. Mumper the time and resources to develop their research and their products just the way they want.

Dr. Mumper and Dr. Craig Miller of the University of Kentucky have spent several years researching how the anti-microbial and anti-viral benefits of these blackberry polyphenols might translate to better oral care. In the September 2011 issue of Oral Surgery, Oral Medicine, Oral Pathology, Oral Radiology & Endodontics (OOOOE), they reported their findings in a study exploring the effects of blackberry extract on the herpes simplex virus (HSV). An application of the extract was found to have virucidal effects, leading the study authors to conclude that a topical treatment containing the extract might prove highly effective in treating oral lesions associated with HSV.

A second study was published in the February 2013 issue of the Journal of Periodontal Research, this time looking at how the extract might work against various causes of oral disease. Blackberry extract significantly reduced the metabolic activity of three key oral bacteria: Porphyromonas gingivalis and Fusobacterium nucleatum (both known to cause periodontal disease) by 40%, and Streptococcus mutans (responsible for dental caries) by 30%. To date, the most effective method of preventing certain oral bacteria from causing disease has been the use of mouthwashes containing chlorhexidine. However, long-term use can lead to oral staining and increased tartar build up. In contrast, blackberry extract offers a potential alternative that is safe for long-term use.

Oral Gum
In June 2013, Four Tigers, LLC began selling its BerryCare Toothpaste Gum through the regional Kroger chain of supermarkets. One piece of the gum contains as many polyphenols as one cup of blackberries and may help to prevent tooth decay, according to the company. The company recently submitted its first application to FDA for an Investigational New Drug and received approval to proceed. Their research team is working with the University of Kentucky to develop a stronger oral product containing the blackberry extract and to offer clinical evidence of the gum’s benefits. If approved, blackberry extract will be only the second botanical to be approved by FDA for proven medicinal purposes (the first being green tea).

The first proof of concept clinical study with the gum took place over the course of a few days at the University of Kentucky’s College of Dentistry in June 2014. Some test subjects received the BerryCare gum while others received a placebo. Swabs were then taken to measure levels of nine oral bacteria known to cause gingivitis. At the time of this writing, the results from the preliminary study were pending. Assuming the results indicate a marked reduction in bacteria levels, the team will proceed to a larger three-week study wherein subjects will use the gum or placebo as an alternative for traditional teeth cleaning. The goal is that findings will eventually allow for the BerryCare gum to be marketed as a clinical drug rather than a simple over-the-counter product. Understanding that gum is not always the ideal delivery system for the blackberry extract, especially for those with severe gingivitis or other related problems, a lozenge, mouthwash and dissolvable oral film strips are also in the works.

Molecular Stability
Even with the currently available gum, both Ms. Short and Dr. Mumper wanted to ensure that their product’s quality was such that it exceeded that of most popularly sold nutritional products. One of the previous problems with using any form of naturally grown products for health research was the variety of growing conditions and therefore lack of consistency. By just using specific varietals grown in Kentucky, the team at Four Tigers has been able to provide a more reliable and consistent product. Even so, polyphenols are unstable, starting to lose their properties as soon as they leave their fruit source. Unfortunately, this means that many product claims are simply not true. Molecular breakdown begins long before a product reaches the store shelf, and will degrade further before consumption. Dr. Mumper holds a patent for a method of stabilizing the polyphenol molecules in the blackberry extract, thereby ensuring the antioxidant and polyphenol levels retain a shelf life of two years. When a consumer chews the gum, they obtain the same benefits as if they had just picked the fruit from the bush. This ability to demonstrate stabilized potency will no doubt prove invaluable in the quest for FDA approval.

What’s Next?
Four Tigers has several significant goals beyond the proposed line of oral healthcare products. The company also hopes to develop a line of cosmetic products, and a line of oral products for pets, both using blackberry extract. A cream to treat fever blisters is in the early stages of development and Ms. Short is keen to utilize the wound healing and UV protection qualities of the product. In 2010, Dr. Mumper reported in Molecules that blackberry extract was shown to inhibit cancer cell growth on tumors in rats, with “a greater than 53% inhibition of papillomagenesis” after 20 weeks of treatment. A 2011 study, in conjunction with Dr. John D’Orazio, a professor of pediatrics and member of the pediatric oncology team at the University of Kentucky, discovered that the phenols and anthocyanins found in the Kentucky blackberries were able to “mitigate UV-induced free radical and oxidative injury” to the skin.

Changing Kentucky Agriculture
Tobacco has long been a staple of Kentucky agriculture, generating sales of almost $343 million for state farmers in 2005.

However, demand has been declining for several decades, leaving farmers searching for viable economic alternatives. Catfish and shrimp farming were widely touted for a while, but have failed to catch on in the way many had hoped.

It is Ms. Short’s intention to convince farmers to switch to growing blackberries. Plants require a low initial outlay, grow in a variety of conditions and can produce high quality fruit for a number of years. (Ms. Short noted that she has some that continue to produce after 35 years.) As Four Tigers’ business grows, so will the need for Kentucky blackberries. Ms. Short sees a further positive in encouraging farmers to switch to blackberries: “We would be replacing a cancer-causing commodity with something that small studies suggest can slow cancer cell growth.” And that seems a fitting about-turn that will benefit the economic and physical health of many consumers in Kentucky and far beyond.

Fiona Young-Brown is a writer specializing in health, and editor of Kentucky Doc magazine. She may be reached at fiona@fionayoungbrown.com.
Related Searches
Related Knowledge Center
Suggested For You 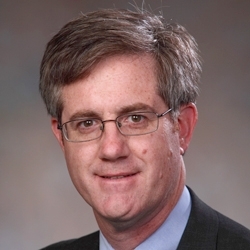 An Interview with Dan Murray