The NGO merges social and ecological models promoted by the governments of Germany and Switzerland. 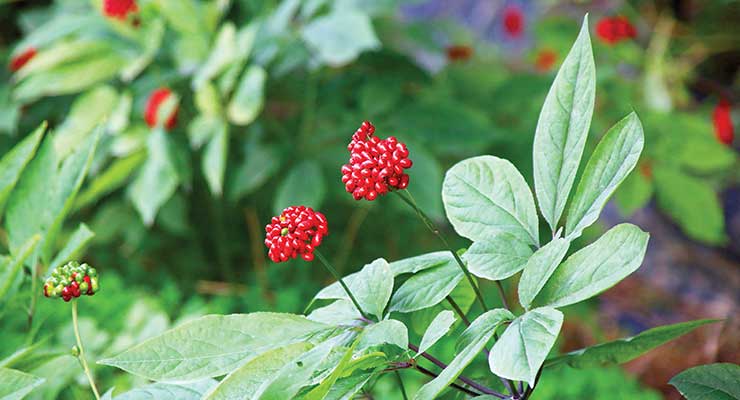 Companies specializing in natural products sourced from the wild are seeking out a way to adequately engage in fair trade and ecologically-sound practices. It makes good business sense to have a supply chain associated with a wild harvest that can be sustained. Investments in sustainability, particularly those that can be certified, may help garner consumer appeal in an era of preferences dialed into ethical products. For these reasons, companies sourcing from wild harvests should pay attention to the FairWild Foundation.

FairWild, a non-governmental organization (NGO) founded in 2008, aims to provide a global framework to help companies implement business practices that satisfy the ever-increasing demand for wild plant ingredients for use in food, cosmetics, and dietary supplements. At the same time, the organization encourages engagement in practices that are socially and environmentally responsible for the habitats, species, and people across the supply chain, including harvesters who belong to indigenous communities.

Unique Measures
FairWild’s standards are fundamentally different from agricultural certification programs in that they account for unique sustainability measures related to wild collection.

While many product certification labeling frameworks exist, FairWild presents the first that is specific to wild plant products. While its approach may seem like a niche, being a certification arm for 10% of the 30,000 medicinal/aromatic plants which are traded internationally is certainly no small task. Coupled with the fact that only 7% of these internationally-traded plants are assessed against any kind of extinction threat criteria—one in five of which are considered to be threatened with extinction in the wild—the need for proactive, protective efforts is clear.

Additionally, due to the complex nature of the trade between companies and millions of wild harvesters in poor and marginalized communities, trade is largely informal and underreported, making it more difficult to audit for illicit or unsustainable activity.

“These plants we’re talking about have been in use for centuries, and are considered quite resilient to previous harvesting pressure,” Anastasiya Timoshyna, senior program coordinator for TRAFFIC (a wildlife protection group aligned with FairWild), said. “Even though with many of these plants, their conservation status may appear safe at the moment, that could change very rapidly,” she added, citing the rise in demand for a number of wild plants used in food, beverages, supplements, cosmetics, and aromatic products.

An abrupt stoppage of harvesting isn’t necessarily the answer to ecological recovery in the areas where it has taken place for decades or longer, Timoshyna said. Harvesting, when done sustainably, often serves to manage the continued existence of certain species.

The FairWild standard accounts for and builds on guidelines from other third-party groups. One component of the standard is similar to that of the International Standard for Sustainable Wild Collection of Medicinal and Aromatic Plants (ISSC-MAP), which was supported by the German Federal Agency, and the Fair Trade Standard, which was initiated by the Swiss Import Promotion Program. The FairWild standard was further reworked over the years on account of experiences gained through applying the principles in the field.

Other fair trade schemes which have lent themselves to the development of the FairWild standard include Ceres, EcoCert, and a variety of other schemes specific to either fair trade or organic standards.

Certification Process
Bryony Morgan, FairWild Foundation executive officer, went into some detail about what the certification process might look like for any operation.

She said the organization’s primary focus is on the wild collection practices of those directly involved in harvesting. Once a company makes a commitment to the FairWild standard, it is given a score by the certification board which can be improved upon incrementally at each annual audit the company conducts. Criteria are distinct depending on the level of extinction risk for whatever species is being harvested.

In addition to sustainability, other criteria boil down to certain standards set based on adherence to social and fair trade requirements like labor standards. Additionally, companies must adhere to all local and international laws, as well as the local customary rights that are expected in agricultural communities. Business practices must also be traceable.

Brand & Consumer Benefits
In terms of labeling requirements, the FairWild label can be used on any product that contains FairWild certified ingredients, and the prominence depends on how much of the product is made up of the FairWild ingredient. The NGO accounts for all other wild ingredients present, and recognizes fair trade labels which contribute to verification, Morgan said.

This cross-certification benefit may extend to other labels as well, Emily King, FairWild’s business engagement officer, said. For example, companies have seen some benefit to having a FairWild certification in their pursuit of B Corporation certification.

“This is a growing movement and it’s something that you’ll want to get on board with now,” King said. “The brands that are currently involved are seeing the benefits.”

In addition to social responsibility and the longevity of these natural supply chains that can come as a result of good wild harvesting practices, King said the label has served as a serious growth driver in the current consumer climate.

“Consumer brand loyalty is motivated by the perception that brands are doing some form of good. Clear sustainability credentials on packaging motivate purchasing decisions in a fifth of people,” King said. Additionally, “45% of consumers are making more sustainable choices since COVID-19 and will likely continue to do so, according to an Accenture survey in 2020.”
Related Searches
Related Knowledge Center