Preserving and improving muscle size/function are not just relevant to athletic performance, but also to overall health and well-being. 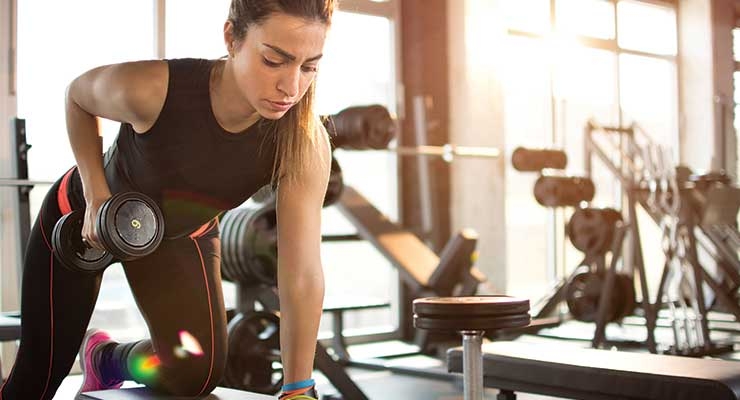 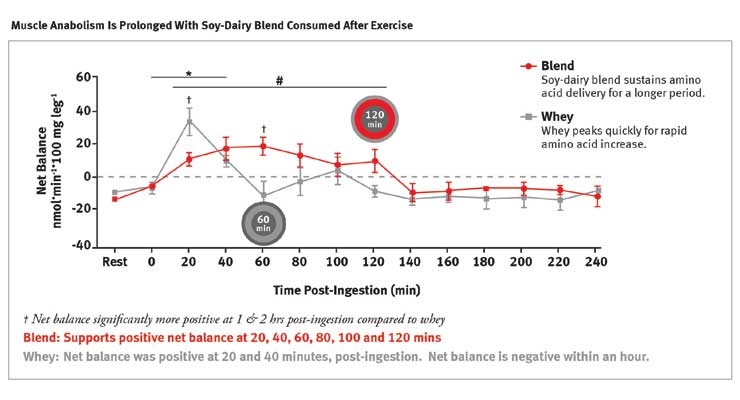 Nutritional strategies centered around preserving or improving muscle size and function are not only relevant in maximizing athletic performance but are also important in optimizing overall health and well-being. Muscle size and function is the result of a fine balance between muscle protein synthesis and breakdown. The ability to stimulate synthesis through exercise and dietary intervention can have important health and performance consequences. Protein, particularly high-quality protein, plays an important role in optimizing muscle gains and maintaining healthy muscles.

Years of clinical research has helped advance the science supporting the role dietary protein, namely high-quality soy protein, can have in muscle protein synthesis. This science documents the effectiveness of soy protein compared to other high-quality proteins, such as whey protein, in stimulating muscle synthesis. More recent research demonstrates the benefits of blending soy and dairy proteins in optimizing muscle gains compared to whey protein alone.

Skeletal Muscle’s Role & Maintenance
Skeletal muscle is well-recognized for its role in strength and facilitating performance, locomotion, and posture. As athletes or active individuals strive to improve performance and overall physical function, increasing skeletal muscle size is the most common strategy.

Often overlooked is the role that skeletal muscle serves in overall health, which extends well beyond its ability to generate force. For example, skeletal muscle helps to regulate blood sugar as it serves as the primary tissue that absorbs glucose from blood. Skeletal muscle also stores a variety of molecules the body uses, in part, to help recovery from injury and prevent illness (Current Opininon in General Surgery, 1993).

It’s not surprising individuals with smaller amounts of muscle tend to require longer rehabilitation from injury, have longer hospital stays, and are more likely to get sick and/or injured (Medicine & Science in Sports & Exercise, 2005; American Journal of Clinical Nutrition, 2005). Consequently, strategies targeted to preserve or improve muscle size and function are not just relevant to athletic performance, but also to overall health and well-being.

Muscle protein synthesis is largely stimulated by increased levels of essential amino acids in the body that come from protein consumption (American Journal of Clinical Nutrition, 2003). In particular, the essential amino acid leucine is critical (Amino Acids, 2010). While some research demonstrates a greater ability for whey protein to stimulate muscle protein synthesis compared to soy protein, both at rest and following exercise, (Journal of Applied Physiology, (1985) 2009; Nutrition & Metabolism (Lond) 2012; American Journal of Clinical Nutrition, 2007) many of these studies examined the response to ingesting identical protein amounts. Yet, given the differences in leucine content between soy and whey, it is likely these discrepancies are the result of not properly matching the supplement groups for leucine delivery. While the content of leucine in soy protein is less than in animal-based proteins on a per gram basis, it’s important to note soy protein contains higher quantities of glutamine and arginine. Both of these amino acids play key roles in maintenance of muscle health.

Protein plays an important role in stimulating muscle protein synthesis at each meal, counterbalancing the breakdown of muscle occurring between meals. Current dietary recommendations, such as the Recommended Daily Allowances (RDA), indicate most people should consume about 0.8 grams of protein per kg of body weight per day. However, these recommendations are based on daily “whole body” nitrogen balance studies largely conducted decades ago. Because the breakdown of protein in the body can take place in many tissues besides skeletal muscle, these “whole body” nitrogen balance assessments do not take into account the specific needs of skeletal muscle. The needs of skeletal muscle are very likely different from other tissues because skeletal muscle is mainly comprised of protein.

While eating a lot of protein in one meal and ignoring protein intake during other meals can still meet the RDA, this pattern of protein ingestion is not likely to support skeletal muscle health. In fact, not eating proper amounts of protein at each meal is thought to contribute to the loss of muscle that can occur with aging (Current Opinion in Clinical Nutrition & Metabolic Care, 2009). As a result, more recent research supports meal-based protein recommendations as opposed to daily protein intake recommendations.

Are Protein Blends the Answer?
Aside from routine physical activity or exercise, protein ingestion provides the most beneficial stimulus to promote skeletal muscle health. While soy, whey, and casein protein sources are each capable of stimulating muscle protein synthesis, blending these proteins together takes advantage of the subtle differences among protein sources, including specific amino acids content, the time course of amino acid delivery, and other health-promoting benefits.

In particular, whereas whey protein provides a high content of leucine and quick delivery of amino acids, casein contributes to prolonged delivery of amino acids and higher nitrogen retention (Proceedings of the National Academy of Sciences of the U.S A., 1997). Meanwhile, soy protein, in addition to a greater arginine and glutamine content, also has naturally-occurring antioxidants to support recovery (European Journal of Nutrition, 2001).

So, what is the ideal blend of proteins for stimulating skeletal muscle? This question was initially addressed using a pre-clinical animal model to identify the extent to which various blends of soy, whey, and casein could stimulate muscle protein synthesis (Clinical Nutrition, 2013). This study identified that a mixture of 25% soy, 25% whey, and 50% casein elicited the greatest increase in muscle protein synthesis, as defined by peak stimulation and length of stimulation.

Subsequently, DuPont Nutrition & Biosciences supported several human clinical studies in collaboration with the University of Texas Medical Branch, focused on determining the role of protein blends in stimulating human skeletal muscle. The initial human clinical study, using young healthy adults as subjects, examined whether ingesting approximately 19 grams of the 25% soy, 25% whey, and 50% casein protein blend an hour after resistance exercise could increase muscle protein synthesis for a longer duration after exercise compared to the ingestion of about 18 grams of whey protein (Journal of Nutrition, 2013). These specific quantities of protein were studied to match total leucine content at the identified threshold of about 1.9 grams.

A similar study was subsequently performed in older adults in which about 30 grams of either the 25% soy, 25% whey, and 50% casein protein blend or whey protein was consumed after resistance exercise (Journal of Nutrition, 2016). In this study, no significant differences were observed between treatments for changes in muscle protein synthesis or muscle protein breakdown, a measure possibly even more indicative of muscle health in this age group. Collectivity, these human clinical data indicate the protein blend appears to prolong the growth response to exercise in younger adults, and at the very least, has a similar ability as whey protein to stimulate muscle growth after exercise in older adults.

Bottom Line
The role of skeletal muscle in health and disease is vast. Consequently, the preservation and/or improvement in skeletal muscle health is paramount to the overall health and function in a variety of populations, including young athletes, older adults, and clinical populations. The research clearly demonstrates a role for a soy-dairy blend as an important stimulus for skeletal muscle health. Not only can a soy-dairy blend promote gains in lean body mass, but there is likely an important consideration that should be given to the use of a soy-dairy blend as it relates to preserving muscle and physical function during healthy aging, as well as in the restoration or rehabilitation of muscle and physical function in clinical populations.

Michelle Braun, PhD, leads nutrition and health outcome research related to dietary protein for DuPont Nutrition & Biosciences. In this role, she also delivers presentations on the role of dietary protein in support of health to a variety of audiences and represents the science in several trade and professional organizations.
Related Searches
Related Knowledge Center
Suggested For You 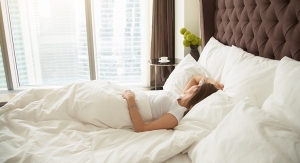 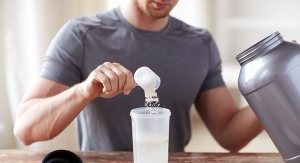 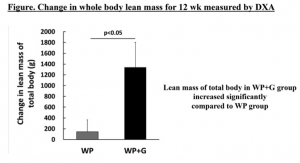 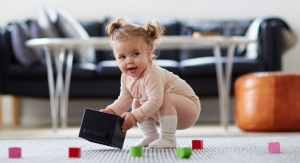 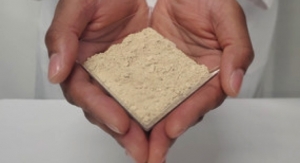 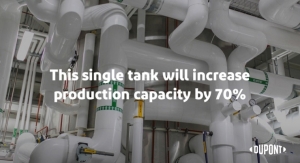 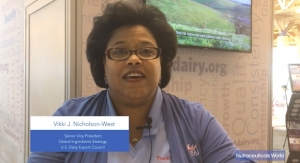 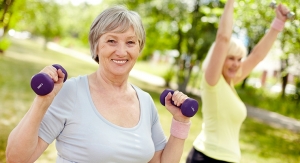 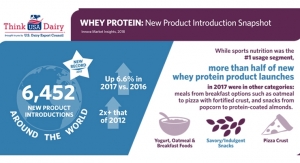 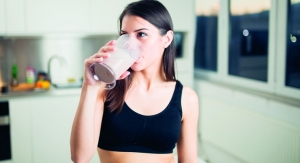 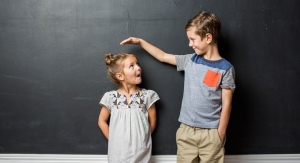