Already known as the only probiotic strain scientifically shown to enhance protein utilization, new research confirms that GanedenBC30 increases digestibility for pea, rice and soy proteins. The findings are being released less than two months after Ganeden’s 24th study was published, confirming that the patented and science-backed strain enhances the body’s utilization of animal-based protein and helps with muscle recovery.

Protein products, with a special interest in vegan protein, have been a top trend in the food and beverage categories this year, making Ganeden’s findings extremely relevant. The announcement is especially important to the growing sports and ­fitness nutrition market, which is expected to reach nearly $70 billion by 2017. The company has already helped launch a variety of protein-centered foods and beverages, with interest continuing to grow based on the new findings.

“Plant proteins have been known to have lower digestibility as compared to animal-based proteins, yet vegan protein sources have increased immensely in popularity,” said David Keller, vice president of scientific operations for Ganeden. “Companies want to make sure consumers have access to the plant protein options they want, while getting the most of out of the benefits those proteins can provide, which is why Ganeden’s findings are crucial for the industry.”

In the study, which was conducted by Dr. Koen Venema from Maastricht University in the Netherlands, the digestion of soy, pea and rice protein were measured with normal digestive enzymes as compared to these enzymes with 1 billion CFU of GanedenBC30. It was found that the presence of GanedenBC30 increased the total nitrogen levels, as well as Alpha Amino Nitrogen (AAN), which is a proxy for free amino acids and small peptides, meaning the probiotic aids in the digestion of plant proteins and the breakdown of peptides. It also provides better utilization of amino acids and reduces unabsorbed protein delivery to the colon, where protein fermentation could lead to the production of toxic metabolites.
Related Searches
Related Knowledge Center
Suggested For You 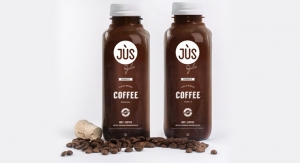