Association lauds the ‘science-based’ revisions, as well as the decision to reevaluate low values for vitamin E.

The Council for Responsible Nutrition (CRN), Washington, D.C., welcomed the adoption by the Codex Alimentarius Commission (CAC) of revised Nutrient Reference Values - Requirements (NRV-Rs) for one vitamin and four minerals, calling the revisions “science-based, rather than politically motivated.” The revised NRV-Rs for vitamin A, copper, iron, magnesium, and phosphorous were presented, reviewed, and adopted at a meeting held in Rome, Italy, 27 June – 1 July, 2016, and will now be included in Codex’s Guidelines on Nutrition Labelling.

According to Jim Griffiths, Ph.D., vice president, scientific and international affairs, CRN, “This is very encouraging news for consumers as well as for companies selling these nutrients, as not only are these newly-adopted values based on the latest science, but they’re also in line with U.S. recommendations and industry expectations. The Codex NRV-Rs can impact public policy in many countries and regions and dictate the perceptions of what consumers need from a nutrient perspective. Equally important, when values are set too low, they give the misimpression that consumers can get all they need from conventional food alone—and that’s just not realistic.” Dr. Griffiths previously submitted comments to the Codex Committee on Nutrition and Foods for Special Dietary Uses (CCNFSDU) on this topic and presented oral comments at the Rome meeting on behalf of CRN.

In addition to these five nutrients, CAC also reviewed recommendations for vitamin E, which CRN contended during Dr. Griffiths’ public comments were set too low at approximately 9 mg/day (13.5 IU, versus 22 IU natural; 33 IU synthetic in the U.S.). CRN and others were successful in expressing their concern about the need to revisit these numbers, with CAC and the chair of CCNFSDU acknowledging the necessary action of sending the vitamin E NRV-Rs back to CCNFSDU for reconsideration.

Commented Dr. Griffiths, “This is a significant opportunity because as the initial recommendations were simply too low to benefit the general population. In fact, if you look at U.S. data, vitamin E is a shortfall nutrient, according to the 2015-2020 Dietary Guidelines for Americans. If Americans are not even getting enough vitamin E, it stands to reason that a recommendation that nearly cuts in half what’s recommended for international populations is going to do a disservice to those who rely on Codex NRV-R values.”

The CCNSFDU will reexamine the vitamin E NRV-R recommendations at its next meeting in Germany in December, and CRN will participate via its status as an observer non-governmental organization (NGO).
Related Searches
Related Knowledge Center
Suggested For You 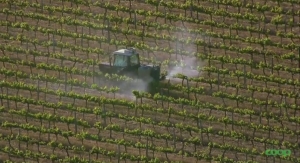