Asthma and wheezing begin early in life, and prenatal vitamin D deficiency has been variably associated with these disorders. For this study, published in JAMA, researchers sought to determine whether prenatal vitamin D (cholecalciferol) supplementation can prevent asthma or recurrent wheeze in early childhood.

The Vitamin D Antenatal Asthma Reduction Trial (VDAART) was a randomized, double-blind, placebo-controlled trial conducted in three centers across the U.S. Enrollment began in October 2009 and completed follow-up in January 2015. A total of 881 pregnant women between the ages of 18 and 39 years at high risk of having children with asthma were randomized at 10-18 weeks’ gestation. Five participants were deemed ineligible shortly after randomization and were discontinued. A total of 440 women were randomized to receive daily 4,000 IU vitamin D plus a prenatal vitamin containing 400 IU vitamin D, and 436 women were randomized to receive a placebo plus a prenatal vitamin containing 400 IU vitamin D. Main outcomes and measures included coprimary outcomes of 1) parental report of physician-diagnosed asthma or recurrent wheezing through 3 years of age and 2) third trimester maternal 25-hydroxyvitamin D levels.

Researchers concluded that in pregnant women at risk of having a child with asthma, supplementation with 4,400 IU/d of vitamin D compared with 400 IU/d significantly increased vitamin D levels in the women. The incidence of asthma and recurrent wheezing in their children at age 3 years was lower by 6.1%, but this did not meet statistical significance; however, the study may have been underpowered. Longer follow-up of the children is ongoing.
Related Searches
Related Knowledge Center
Suggested For You 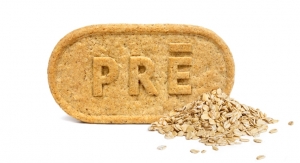