Opportunities emerge to replace sucrose in key markets, according to Lux Research.

Global consumption of sweeteners—sucrose and sugar alternatives—will rise by 30% to 292 million metric tons (MMT) in 2024. Along with trends toward natural and healthy ingredients, this growth will create big opportunities for each of several emerging alternative natural sweeteners, according to Lux Research.

“Developers must also recognize several additives needed for reformulation and consider the additive costs, rather than focus on the sole cost of the replacement sweetener,” she added.

Each sweetener functionally capable of replacing over 10 MMT sugar globally. Tagatose has the potential to replace 31 MMT of sugar used worldwide while mogroside V and brazzein could replace 10 MMT and 13 MMT, respectively. To reach these levels of replacement, developers must successfully produce 34 MMT tagatose while much less of mogroside V (45,000 MT) and brazzein (12,500 MT) is required due to the compounds’ high sweetness intensity. 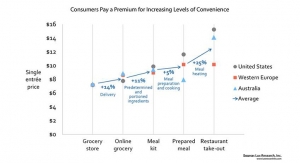 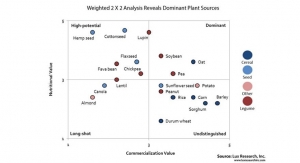 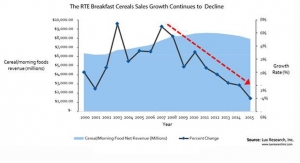 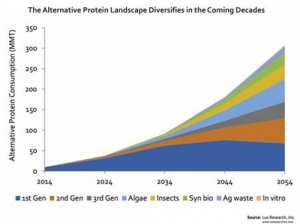 Alternative Proteins to Claim a Third of the Market by 2054

Kaneka CoQ10 Facility To Be Built