Following a Town Hall meeting at its annual conference in October, the Council for Responsible Nutrition (CRN) Board approved in concept a Voluntary Product Registry for Dietary Supplements. CRN said it would investigate various options for establishing the product registry from both existing databases (such as the Office of Dietary Supplements (ODS) database and Underwriters Laboratories’ Clearview program) and the possibility of creating a new platform. The database would be intended to give regulators more insight into the industry and its products.

According to CRN’s President and CEO Steve Mister, “Having adopted in concept the proposal to move forward with a registry of dietary supplements, the Board now must determine the specifics and a time frame for implementation. The Board has adopted the draft report of the Product Transparency Working Group, which provides a framework for the product information that would be included in this registry.

“The Board’s decision to move CRN toward an industry-directed product database of dietary supplements follows nearly a year of discussions and investigations by the Board into a viable system of providing more visibility for regulators into the size of the industry and basic information about products (brand names, ingredients, Supplement Facts labeling, etc.). This marks CRN’s determination to voluntarily provide more transparency about dietary supplements in the market.”

In his President’s address at The Conference, Mr. Mister called on members to support the registry, saying there are moments that demand change. “If we ignore the signs, we risk becoming irrelevant. If we wait too long, we will get left behind. If we consider ourselves impervious, we may get blindsided by our vulnerabilities.”

“In the speech, I acknowledged that some will say the system is unnecessary, while others will insist it doesn’t go far enough to ensure quality, but I called on CRN’s membership to ‘do now what we have consensus to do now and keep working on refining the rest.’ I firmly believe CRN is uniquely positioned to lead the industry toward developing measures to improve quality and build consumer trust. And this database of product information is the first step in that process.

“CRN will continue to seek feedback from its members—and other stakeholders, including other industry trade associations—on this important initiative,” he continued. “Collaboration is key to moving our industry forward.”
Related Searches
Related Knowledge Center
Suggested For You 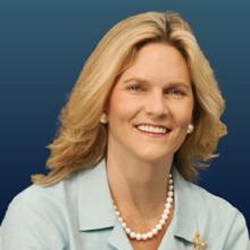