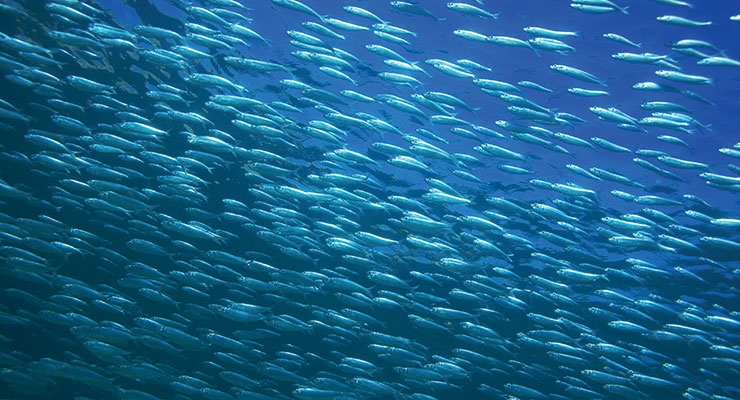 EPA (eicosapentaenoic acid) and DHA (docosahexaenoic acid) are long-chain omega-3 fatty acids that are abundant in fish and shellfish, as well as oils from fish, krill, algae and some genetically engineered plants. The body needs omega-3s to function properly in every stage of life, beginning long before conception, and the vast body of existing science supports the conclusion that EPA and DHA are vital for optimizing heart and brain health, as well as for the prevention of chronic disease.

The market for omega-3 fatty acids has grown tremendously over the years, although recently there have been challenges to maintaining this growth. Because of the global nature of the business, it’s important to understand what is going on with omega-3 raw materials around the world. As part of its activities, GOED researches and publishes an ingredient market report, which details the raw material segment of the EPA and DHA omega-3 market on a global basis, including data on value (in U.S. dollars) and volume (in metric tons).

Volume & Value
The volume of EPA and DHA oils consumed in 2014 was 84,785 metric tons (mT), slightly down from the 86,208 mT consumed in 2013. There was a corresponding drop in the value of these ingredients, and the decline of the market—both in terms of volume and value—is due to a few factors, including: A Look at the Sources
Refined anchovy oils were the largest category of oil consumed, accounting for 49.4% of the global volume. The total volume of these oils stayed the same between 2013 and 2014—the decline in the U.S. was offset by increased demand in other regions, particularly in Asia. In spite of an increase in the price of crude anchovy oils, excess refining capacity created pressure in the price of refined oils.

Dietary supplements, as usual, consumed the most volume (77.7% of the global volume), and this category saw a small decline of 1.5% in its demand. This was largely driven by the shift to higher concentrates and by a temporary decline in the production volume of cod liver oils. Because refined anchovy oils and concentrates account for most of the volume in this category, and both saw price pressures, the overall value of omega-3 oils for supplements also declined.

Pharmaceuticals require a small volume (1,885 mT in 2014) of concentrates, but because of the higher prices these ingredients command, they account for almost two thirds of their total value. These ingredients saw a volume decline of 1.6%. This was largely due to the end of incentives that made omega-3 drugs in the U.S. particularly attractive.

The omega-3 market remains a very dynamic one, full of exciting opportunities. But as evidenced by last year’s market contraction, there are substantial challenges that need to be overcome.
Related Searches
Related Knowledge Center
Suggested For You