The study, published June 22, 2015 in the Journal of American College of Nutrition, included 12 male endurance athletes who performed four endurance trials – each consisting of one-hour treadmill runs at 75% VO2 peak (milliliters of oxygen per body weight per minute moved or utilized) followed by a run to exhaustion at 90% VO2 peak.

One trial allowed no hydration, with another consisted of consumption of a commercial sports drink (1L). The other two trials included low (600mg/L) and high (2g/L) doses of Sustamine in the sports drink. Participants drank 250ml every 15 minutes. Plasma glutamine, glucose, electrolytes, and osmolality were measured prior to each run, and at 30-, 45-, and 60-minutes.

Sustamine is a dipeptide of glutamine that provides several substantial benefits such as enhanced recovery, immune system support, and increased metabolic rate. Kyowa Hakko Bio Co. Ltd., the makers of the ingredient, cited research suggesting that Sustamine is absorbed more than 200% better than standard L-glutamine.

Time to exhaustion was significantly longer during the low- and high-dose Sustamine trials compared to no hydration. There was no difference in time to exhaustion between sports drink only and no hydration. Plasma glutamine concentrations were significantly elevated at 45-minutes in the Sustamine trials, and remained elevated at 60 minutes during the high-dose test. Sodium concentrations increased from the beginning of exercise and remained stable for the duration of the one-hour run. At 60 minutes, plasma sodium was significantly lower in all trials compared with no hydration.

“Ingestion of Sustamine [the alanine-glutamine dipeptide] at either the low- or high-dose significantly improved time to exhaustion during high-intensity exercise compared to a no-hydration trial,” said Dr. Jay Hoffman, one of the study scientists and UCF Department of Sport and Exercise Science professor. “For endurance athletes such as long-distance runners, the addition of Sustamine in hydration protocols may allow for longer times before exhaustion sets in.” 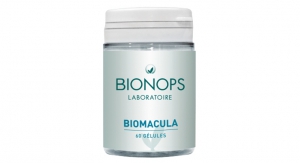 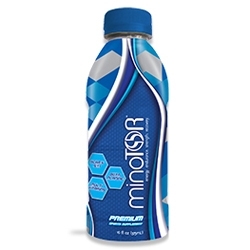