Several months ago Nutrition Journal published a peer-reviewed study in which Kewpie Corporation’s Hyaluronan (HA) ingredient Hyabest(S) LF-P, administered orally to subjects over the course of a month, was shown conclusively to counter the loss of skin hydration and guard against deterioration due to age and to such environmental factors as cold, dry air and UV radiation.

The Journal of Clinical Biochemistry and Nutrition has published an extended version of the study which takes this examination to the next level of detail, and the conclusions point the way in medical technology to an era when the goal of restoring and maintaining cellular health through nutrition and diet—the nurturing of beauty from within—is a practical reality.

In an everyday sense, skin is the selective barrier against the world’s systemic attacks. When the largest organ has the strength and resources to select out what will degrade its precious contents, our appearance reflects youth and vigor. When it begins to lose strength, it shows in the mirror, and the key influencer is hydration. The high-viscosity macromolecular polymer Hyaluronan (HA), because of its capacity for incorporating water, plays a major role in maintaining intracellular lipid presence. Found throughout the body, it is responsible for helping fortify and regenerate skin cells by transporting ionic solutes and nutrients to the upper level of skin, the stratum corneum. This reduces both the discomfort of dry skin and the appearance of lines and fissures, especially in areas vulnerable to weather and other external factors; and not incidentally, the areas around eyes, cheeks, and hands.

Researchers studied 61 subjects over a month and a half of regular oral intake (120 mg daily) of Kewpie Hyaluronsan HA-F and Hyabest(S) LF-P, with measurements assessed after two weeks, four and beyond. Researchers noted that HA samples of differing molecular weight (MW) worked differently upon entering the system.

The Kewpie HA MW 300 (Hyabest(S) LF-P), and MW 800 (Hyaluronsan HA-F) both performed well. After two weeks, the lower molecular weight form, Hyabest(S) LF-P, still showed effects on moisture content of the skin, slightly higher than in the group that ingested the MW 800.

The study described in detail the clinical methods used to determine characteristics as fluid content and viscoelasticity, but the qualitative and subjective appraisal of improved look and feel were equally notable. Subjects replied to questionnaires describing their own observations centered on luster, suppleness and wrinkles. The responses among those taking both forms of Kewpie HA were overwhelmingly positive. And as anticipated, those who’d been administered Hyabest(S) LF-P reported positive effects well after the period of intake had ended. For more information: www.kewpie.co.jp/english
Related Searches
Related Knowledge Center
Suggested For You 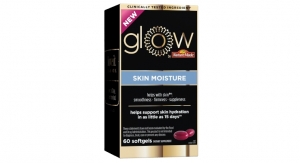 Pharmavite Launches Glow by Nature Made

Keeping Skin Hydrated: Both Inside & Out

Data Supports Hyaluronic Acid for ‘Beauty from Within’

Anti-Aging Cosmeceuticals: What Works and What Doesn't?