A study by the University of Tartu in Estonia examining sweeteners for dental care products showed that erythritol displayed the greatest reduction in cavity development compared to the sweeteners sorbitol and xylitol.

“Most oral care products contain sweeteners, but as this research clearly shows, not all sweeteners are the same,” said Peter de Cock, a global nutrition and regulatory manager at Cargill, which funded the study. “With Zerose erythritol, manufacturers can formulate great-tasting oral care products that deliver significant dental health benefits compared to other sweeteners tested.”

The three-year clinical study found that erythritol provided a significant reduction of cavities, dental plaque and the oral bacteria Streptococcus mutans, considered a major cause of tooth decay.

The project, conducted by the University of Tartu’s Department of Stomatology, is the first to compare the long-term dental benefits of erythritol to two other polyol sweeteners. Polyols are sweetening compounds that contain fewer calories than sugar and do not promote tooth decay. Findings were published in the December 2013 issue of the Journal of Dentistry and the May 21, 2014, online edition of Caries Research.

In the double-blind, randomized, controlled study, researchers followed 485 elementary school kids. Throughout the three-year period, the children were given 2.5 grams of polyol candies three times per day during their 200 school days each year. One group got erythritol, the others received xylitol and sorbitol. The participants’ teeth were assessed using the International Caries Detection and Assessment System.  Students in the erythritol group showed the greatest reduction in cavity development.

Researchers found that erythritol slowed the development of cavities and reduced the need for dentist intervention as compared to sorbitol and xylitol. Erythritol reduced dental plaque weight by 24% in a three year study period, while xylitol and sorbitol caused little to no change. Erythritol also lowered the levels of the Streptococcus mutans bacteria better than xylitol and sorbitol.

Erythritol occurs naturally in low amounts in fruits like grapes and pears, and in fermented foods, including cheese, wine and soy sauce.  It is produced commercially through a yeast fermentation process. Erythritol contains zero calories, has no glycemic effect, and has the best digestive tolerance of any polyol. Because erythritol is similar in taste, sweetness quality and mouth feel to sugar, it is used in a wide range of products, including oral health care, beverage, confectionery, bakery and dairy products. 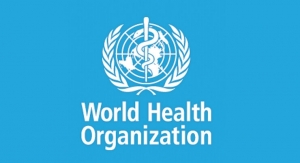 EFSA Issues Positive Opinion for Erythritol Use in Beverages

A Bright Outlook for Oral Care