A new independent study published in Drug, Healthcare and Patient Safety evaluated the probiotic BLIS K12 (Streptococcus salivarius) and found it supported the prevention of two of the most common illnesses in children: streptococcal and viral pharyngotonsillitis.

For this multicenter study, 60 children aged between 3-13 years with a history of recurrent throat infection, were enrolled. Thirty children consumed lozenges containing BLIS K12 probiotic for 90 days, the other 30 children served as control group. The results of this study showed a 96% reduction in the incidence of streptococcal sore throat in the BLIS K12 group. These findings reconfirmed an earlier clinical study (Di Pierro F et al. International Journal of General Medicine, 2012:5 991-997) where BLIS K12 was shown to reduce the recurrence of otitis media and pharyngotonsillitis by around 40% and 90%, respectively.

In addition, this new study demonstrated for the first time a reduction in episodes of viral infections (by 80%) and in the number of days with antibiotic (amoxicillin) and antipyretics use (by 30-fold and 14-fold, respectively).

Furthermore, the decreased occurrence of infections due to supplementation with BLIS K12 had a significant socio-economic impact. For the group supplemented with BLIS K12, the total number of days of absence from school or work was reduced from 228 to 16 days.

BLIS K12 Receives ‘Letter of No Objection’ from FDA 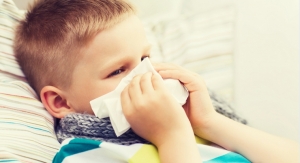 Back to School, Back to Germs

Immune Support: Wellness For All Seasons

From the Corners of the World: Probiotic Potential