Critics of the bill have dubbed it the Deny Americans the Right to Know (DARK) Act because it would not mandate GMO labeling, instead cementing the current voluntary system. The bill specifies that manufacturers may advertise their products as being GMO-free, but prohibits them from suggesting that this makes these products more safe or healthy.

Key components of the bill include regulations that would make the FDA review all new bioengineered traits before they’re included in any food products, and enforce mandatory labels on any products found to pose a specific health, safety or nutritional risk. In addition, the bill requires FDA to define the word “natural” as it is used on food labels.

“It prevents a mishmash of labeling standards and allows farmers to continue to produce higher yields of healthy crops in smaller spaces with less water and fewer pesticides,” said Rep. Butterfield. “If passed, this will be a big win for farmers nationwide.”

However, with the vast majority of consumers reporting they want more transparency in the labeling of GMOs, food safety advocates see this bill as an attempt for the biotech industry and food manufacturers to avoid addressing this growing consumer demand.

Proponents of the bill claim that state specific regulation of GMOs would make it extremely difficult for companies, and the new federal law would reaffirm FDA as the sole authority in the labeling of the country’s food. Meanwhile, FDA plans to finalize guidance on the voluntary labeling of GMOs.

Ronnie Cummins, national director of the Organic Consumers Association (OCA) urged FDA to instead enforce mandatory labeling.  “The American Medical Association has called for pre-market safety testing of GMOs, and almost 300 scientists and doctors last year signed a statement saying that there is ‘no scientific consensus on GMO safety.’”

“If further studies are needed before the FDA can state unequivocally that GMOs are safe for human consumption, then GMOs should be eliminated from the food supply until those further studies have been done. At the very least, products containing GMOs should be clearly labeled, and labeling should be mandatory, so consumers can choose to avoid GMOs if they have any concerns. We should not allow the biotech and food companies to test these products on our families.”
Related Searches
Related Knowledge Center
Suggested For You 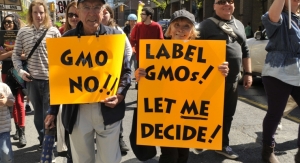 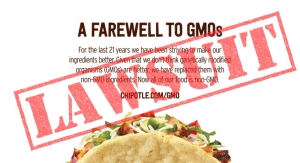 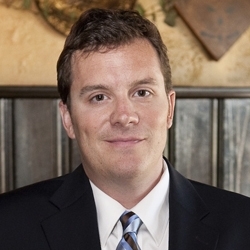