According to a 2013 Council for Responsible Nutrition (CRN) consumer survey, 68% of U.S. adults reported taking a dietary supplement. As for specific products, multivitamins were the most popular supplement (52% reported taking it in the past 12 months), followed by vitamin D (20%), omega-3/fish oil (19%), calcium (18%) and vitamin C (17%).

The top-selling single herbs of 2012 in mass channels, according to the American Botanical Council, were cranberry, garlic, saw palmetto, soy and ginkgo. In the natural/health food channel, flaxseed oil, grass (wheat and barley), turmeric and concentrated curcumin extracts, aloe vera and spirulina/blue-green algae led the way. Turmeric/curcumin in particular demonstrated substantial sales growth of 40% in the natural channel in 2012.

Monitoring Trends
Regarding user demographics, Baby Boomers continue to look toward dietary supplements to address age-related ailments. “Older demographics tend to be the heaviest users of dietary supplements,” noted Chris Schmidt, consumer health industry analyst at Euromonitor International. “This has to do with legitimate need (e.g., calcium supplements for osteoporosis, fiber for digestive health, protein for muscle health, etc.), but also a more acute sense of health urgency. Millennials aren’t referred to as ‘young invincibles’ for no reason.”

However, looking down the road toward future users, the 30-45-year-old demographic (Generation X and Y) could be very strong, Mr. Schmidt noted. “They grew up in an era of supplementation, will likely face many of the same health issues Boomers are today, and probably have a more beneficent view of supplements, particularly versus pharmaceuticals, than older generations.”

While condition-specific products have begun to emerge in a competitive marketplace, general health remains “a very powerful positioning,” according to Mr. Schmidt, accounting for about 20% of dietary supplements, as Euromonitor International tracks them.

Still, the category is becoming more segmented, he added. “Bone health is a leading position and will continue to be so with the ongoing graying of the population. Heart health has seen a jump in the last five years or so, with hot categories like fish oils/omega-3 fatty acids touting their heart health benefits and, increasingly, formulated multivitamins being positioned around heart health.”

As a product position platform, energy has been one of the fastest-growing segments. Alongside energy shots popularized by 5-Hour Energy and others, and reports on potential hazards of larger energy drinks like Monster and Red Bull, “natural energy” has been gaining interest, as consumers look toward ingredients like B vitamins, ginseng, goji berry, ashwagandha and protein.

Mr. Schmidt noted strong growth in the U.S. for B vitamins (energy, metabolism) and vitamin D (bone health, immunity, lack of sun exposure). Specialty ingredients like fish oils/omega-3 fatty acids and probiotics are breaking out of their niches and achieving mainstream consumer awareness, he added, despite broad health claims. Meanwhile, protein supplements are also benefitting strongly from a general health and wellness positioning, as well as more targeted claims around maintenance of lean muscle mass and natural energy.

Measurable Value
Disease treatment comes at a significant cost to society in terms of public health and wellness, but also economically. While more than two-thirds of U.S. adults already take dietary supplements, there’s potential to improve public health preventively by targeting specific, at-risk populations with safe, scientifically validated dietary ingredients, and at the same time save billions of dollars in healthcare costs.

While approximately 75% of total U.S. healthcare expenditures are spent on preventable diseases, only 3% are invested in disease prevention programs, according to the Centers for Disease Control and Prevention (CDC), as noted in Frost & Sullivan’s Report “Smart Prevention—Health Care Cost Savings Resulting from the Targeted Use of Dietary Supplements,” which was commissioned through a grant from the Council for Responsible Nutrition Foundation (CRNF) and released in September 2013.

For this Frost & Sullivan report, analysts reviewed scientific literature for eight dietary supplement regimens across four non-communicable diseases. From that analysis, an overall change in the risk of a given disease-related event with the use of each of the supplements was deduced. Impact variables were then used to determine a potential change in economic benefits—in terms of avoided hospital utilization costs—that could be realized if everyone in a specified high-risk population group were to use each of the dietary supplements at specified intake levels that have been associated with protective effects.

Overall, the report found “the use of specific dietary supplements among those consumers that are at a high risk of experiencing a costly disease-related event can lead to positive healthcare cost savings.”

For example, CHD is the most costly disease in the U.S., according to the CDC. Frost & Sullivan determined the use of omega-3s and the B vitamins folic acid, B6 and B12 among all U.S. adults over the age of 55 with diagnosed CHD could offer significant healthcare cost savings.

The use of omega-3s alone could lead to $3.88 billion in cumulative net CHD-attributed cost savings from 2013 to 2020 if the entire targeted population (U.S. adults over the age of 55 diagnosed with CHD) were to take these dietary supplements at preventive intake levels.

This is equivalent to more than 1 million hospital events avoided in the next seven years, the report stated. Only 28% of the targeted population currently takes omega-3 supplements, meaning that 72% have yet to benefit.

“Our country is faced with a serious problem when it comes to sick care and rising healthcare costs,” said Steve Mister, president, CRNF. “Taking dietary supplements, such as omega-3s, is not a magic bullet by any means, but it’s one preventive measure that should be considered along with eating a healthy diet and exercising regularly to potentially help maintain a healthy heart. Given the costs of treating medical events that result from CHD, simple steps like this can help reduce healthcare costs too.”

Meanwhile, total direct medical expenditures associated with age-related eye disease (ARED)—macular degeneration and cataracts—plus the related expected costs of post-procedure nursing care/assisted living services due to reduced vision were almost $16.97 billion and are expected to average $20.55 billion per year from 2013 to 2020. Use of lutein and zeaxanthin supplements, among those 55+ with ARED would save an average of $57.4 million per year for the next seven years.

Combined with avoided direct medical and post-procedure assisted living costs, the study determined that an average of $966.6 million per year in net avoided medical costs and nearly $7.73 billion in cumulative net savings from 2013 to 2020 could be realized.

The most prevalent bone disease in the U.S., osteoporosis accounted for more than $14 billion in direct healthcare costs in 2012 because of fractures. Calcium and vitamin D supplementation among U.S. women over 55 diagnosed with osteoporosis could lead to more than $1.52 billion in net healthcare cost savings—$12.15 billion over the next seven years. Magnesium dietary supplement intake could result in net healthcare cost savings of $595.3 million per year and more than $4.76 billion cumulatively over the next seven years, according to the report.

NIH/ODS Perspective
Asked to discuss the value of preventive medicine, Dr. Paul Coates, director of the National Institutes of Health (NIH) Office of Dietary Supplements (ODS), noted, “Preventive medicine (vaccinations, screenings, treatment of problems at their earliest stages, etc.) is of value to keeping healthy and reducing the incidence and severity of disease. Lifestyle habits—such as how well or poorly we eat, our level of physical activity and whether or not we smoke—also affect our health and risk of disease.”

The federal government, and the NIH in particular, is the largest funder of research on dietary supplements in the world, Dr. Coates noted, spending roughly $250-300 million/year over the past decade. “This represents somewhat less than 1% of the estimated $32.5 billion in dietary supplement sales in 2012.”

“In general, we are seeing some improvements in the quality of research on dietary supplements,” said Dr. Coates. “As one example, sufficient product information is now more often required to be included in the application to allow for the evaluation of the significance, feasibility, scientific strength and replication of the project. Investigators must demonstrate that the investigative team has the appropriate product and analytical expertise to select the test agents for study and to ensure each product’s integrity (e.g., composition, stability, freedom from contaminants).”

For FY 2013, approximately 43% of the ODS $13.7 million extramural grants portfolio was focused on research on botanicals (both as individual ingredients and through its Botanical Research Centers Program); another 26% was spent on vitamin D-related research. “Smaller, though still substantial amounts of funding is directed to research on other vitamins, minerals, fatty acids, protein and general nutrition,” according to Dr. Coates.

Research Implications
Recently, some studies have suggested common dietary supplements like multivitamins and omega-3s may have negative or neutral health effects.

“It is always difficult to estimate how positive or negative research will impact the market,” said Euromonitor’s Mr. Schmidt, “in large part because there is a flood of data that is quickly pounced on and trumpeted in the media and seemingly just as quickly refuted by the next story. Some of the negative coverage of omegas seems to have dampened sales toward the end of 2013, but it’s unclear if that will continue in 2014. Multivitamins are a great example of how strongly entrenched some of the subcategories’ ‘inherently healthy’ images are. They continue to post consistent growth, despite sensationalized media coverage calling them useless and potentially dangerous.”

Dr. Coates noted that conflicting and incomplete research is difficult to reconcile for both consumers and scientists. “One has to understand and accept that what we know and think now may change in the future on the basis of more and better research, and that firm and full answers about the value and risks of dietary supplements to health are often elusive.”

Dr. Coates noted the importance of not exceeding the safe, tolerable upper intake levels for nutrients as established by the Institute of Medicine. “Depending on an individual’s diet, nutrient-containing supplements may be helpful in achieving recommended intakes of various vitamins, minerals and essential fatty acids, with essentially no risks to health.”

Personalization
As the supplement industry pushes forward, personalized formulas and supplement combinations based on genetic testing and/or individual health questionnaires are beginning to emerge.

“Research on the practical application of nutritional genomics for complex chronic disease prevention and treatment is an emerging science,” Dr. Coates noted. “At this time the use of nutrigenetic testing to provide dietary advice and recommendations for dietary supplement use is not ready for routine clinical practice.”

Still, the U.S. is among the most sophisticated supplement markets in the world, according to Monica Feldman, global head of consumer health research at Euromonitor. “As such, supplement users increasingly expect manufacturers to cater to their particular needs, whether through more product segmentation or new delivery formats. Even more innovative, however, is the growing trend of customized vitamins and dietary supplements (VDS).”

At a basic level, companies are offering daily packs of multiple supplements targeted to specific groups, such as the Vitamin Shoppe’s Mytrition Personal Packs, said Ms. Feldman. “Alternatively, Vitaganic lets people choose their own formulas and even packaging, while Vitamins on Demand allows people to select their own VDS packs in a convenient portable format that separates pills by day of the week.”

Nature Made tested a customization service that allowed users of its www.vitaminID.com site to build their own daily packs by choosing ingredients or taking a health survey that generates targeted recommendations. However, the service is no longer available. The company shifted its focus to daily packs such as Maximin Pack, Men’s Pack and Diabetes Health Pack.

VitaMe uses a lifestyle survey to help consumers create a blend of multivitamins that is best for them, Ms. Feldman noted. Dr. Michael A. Smith has also authored The Supplement Pyramid (www.MySupplementPyramid.com), designed as a tool for consumers to develop personalized supplement regimens based on results of a series of health quizzes/surveys.

However, FDA has expressed concern about direct-to-consumer genetic testing services, questioning their accuracy and if tests are more appropriately classified as medical devices.

“Although all these are progressive ideas, the premium pricing and limited availability of customization makes it a niche initiative that may take years to be implemented in other markets,” Ms. Feldman said. 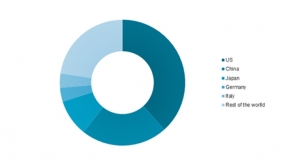 Don’t Worry; Get a Puppy