A published feature in the American Botanical Council’s peer-reviewed journal, HerbalGram, takes a closer look at the Voynich Manuscript. The 500-year-old manuscript is written in an undecipherable language, and its contents and origin have puzzled scholars since its 1912 discovery by Polish book collector Wilfrid M. Voynich. Now housed at the Beinecke Rare Book and Manuscript Library at Yale University, the Voynich Manuscript has elicited enormous interest from various academics and historians, and even the U.S. National Security Agency.

HerbalGram’s feature article by Arthur O. Tucker, PhD, and Rexford H. Talbert, titled “A Preliminary Analysis of the Botany, Zoology, and Mineralogy of the Voynich Manuscript,” is based on a unique, investigative approach to understanding the strange text. Dr. Tucker—botanist, emeritus professor, and co-director of the Claude E. Phillips Herbarium at Delaware State University—and Mr. Talbert, a retired information technologist formerly employed by the U.S. Department of Defense and NASA, decided to look first at the botanical illustrations in the Voynich Manuscript and compare them to the world’s geographic plant distribution at the time of the manuscript’s first recorded appearance (ca. 1576-1612). The similarities between a plant illustrated in the Voynich Manuscript and the soap plant depicted in the 1552 Codex Cruz-Badianus of Mexico—considered the first medical text written in the New World—propelled the authors down a path leading to the identification of 37 plants, six animals and one mineral in the manuscript from the Americas—specifically, from post-Conquest Nueva España (New Spain) and the surrounding regions.

In identifying the plants, animals and minerals, the authors of the HerbalGram article found more compelling evidence to support their theory. “A search of the surviving codices and manuscripts from Nueva España in the 16th century reveals the calligraphy of the Voynich Ms. to be similar to the Codex Osuna (1563-1566, Mexico City). Loan-words for the plant and animal names have been identified from Classical Nahuatl, Spanish, Taino, and Mixtec”—references to some of the native languages of Mexico prior to the Spanish Conquest. The majority of the text, the authors propose, is an extinct dialect, keeping much of the Voynich Manuscript’s secrets intact…for now.

“Although the Voynich is clearly not the most pressing issue in modern herbal medicine and phytotherapy, we believed we could not pass up the opportunity to publish Art Tucker and Rex Talbert’s insightful essay in which they propose a New World origin for the source and identity of the plants in the Voynich—possibly providing a breakthrough in this historical conundrum,” wrote Mark Blumenthal, HerbalGram editor-in-chief and ABC founder and executive director, in his Dear Reader editorial column in the same issue of HerbalGram.
Related Searches
Related Knowledge Center
Suggested For You

Lycored Partners with ABC and NPA 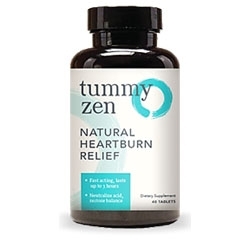 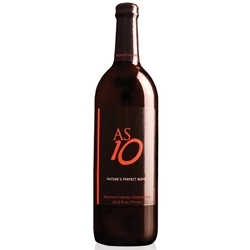