The conversation about cardiovascular disease has become more complex, and new opportunities are opening for nutraceuticals.

Keeping your heart healthy sounds simple enough—be aware of genetic predispositions, don’t miss your physical, make wise lifestyle choices and reduce stress. However, results from ongoing research about cardiovascular disease show just how complicated heart health really is at the cellular level, and how easily it can be disrupted.

Fortunately, more Americans are becoming aware of cardiovascular risks. They are working closely with their doctors to “manage their numbers”—low-density lipoprotein (LDL), high-density lipoprotein (HDL), triglycerides—as well as disease states like obesity and diabetes that have a severe impact on heart health. Concerned about side effects and prescription costs, many of these patients often want to go beyond medications and find safe, effective nutraceutical solutions for managing their cardiovascular health.

This is good news for nutraceutical researchers and manufacturers.

“Because of the increased interest and awareness on both the consumer and professional side about the importance of supplementation—using nutraceuticals, as well as functional foods and beverages for maintaining a healthy cardiovascular system—manufacturers have significantly increased their research activities to develop new compounds and new product forms to meet these needs,” said Paul Dijkstra, CEO, InterHealth Nutraceuticals, Benicia, CA.

Focusing on Cholesterol
For the past few decades, cholesterol levels have been a top concern for doctors and their patients. The science of cholesterol continues to evolve. For example, not all LDL cholesterol is “bad” cholesterol. It is now known that large LDL molecules are not as susceptible to buildup in the arterial wall, so they do not lead to obstruction of the vessels and restricted blood flow.

“There are tests now that screen a far broader spectrum of risk factors that show up in the blood,” indicated Steve Holtby, president, Soft Gel Technologies, Inc. (SGTI), Los Angeles, CA. “One of the most important metabolic markers is a small, dense form of LDL. The small size makes it easier for these particles to enter the arterial walls, where they can cause damage and create other cardiovascular issues.”

A number of natural alternatives to statins are proven to be effective in managing cholesterol levels, without the negative side effects. These include Natreon’s Capros, a product derived from Phyllanthus emblica. This antioxidant improves endothelial function and reduces total, LDL and very low-density lipoprotein (VLDL) cholesterol, triglycerides and C-reactive protein, increases HDL and inhibits platelet aggregation.

“Many antioxidants convert from an active to an inactive form in the body,” said Mr. Raju. “Capros releases a multilevel cascade of antioxidant compounds that prolong the free radical scavenging effects.” He also noted that a recent 30-subject, 60-day study of smokers showed that Capros improved the objective lipid profile and decreased platelet aggregation and C-reactive protein significantly.

When small LDL molecules become lodged in arterial walls, they are vulnerable to oxidation, a process that leads to a series of damaging effects. Supplements can minimize oxidation of LDL cholesterol within the vessel walls. For example, Stratum Nutrition/ESM Technologies, St. Charles, MO, (Novus International businesses) have conducted extensive research, both in animal models and a human clinical trial, on a natural fiber complex isolated from the cell wall of the microorganism Aspergillus niger.

Knocking Down Triglycerides
Triglycerides are another long-known contributor to cardiovascular disease. Curcumin, the principal curcuminoid in the Indian spice turmeric, is known to have a positive effect on triglyceride levels. A recent study conducted with obese patients showed that supplementation with curcuminoids significantly lowered their triglyceride levels. The four-week, randomized, double-blind, crossover study involved 30 obese subjects between the ages of 18 and 65. The subjects had a body mass index ≥ 30, LDL cholesterol ranging between 130 and 190 mg/dl and no previous history of taking any lipid-lowering drugs.

“The subjects were randomized to either one of the two treatment regimens: receiving curcuminoids or placebo for 30 days, followed by crossing over to receive the alternate regimen,” indicated Anurag Pande, vice president of scientific affairs, Sabinsa Corporation, East Windsor, NJ.

Sabinsa’s patented Curcumin C3 Complex containing BioPerine was the source of the curcuminoid in the study (BioPerine is a standardized extract from black pepper fruits that has been shown to enhance the bioavailability of curcuminoids).

“The results of the study showed that C3 Complex supplementation (1 gram/day) in the subjects was associated with significant lowering of triglyceride levels,” said Mr. Pande. “This result is attributed to the insulin-sensitizing effects of curcuminoids.”

The study also showed that Curcumin-BioPerine supplementation was safe and well tolerated in the obese subjects. “Lower triglycerides can be beneficial in reducing obesity, metabolic syndrome and cardiovascular diseases, added Mr. Pande. “Curcumin, with its broad-spectrum anti-inflammatory activity, is also known to reduce inflammation.”

Dowsing Inflammation
Like a low-grade infection, inflammation can simmer in the body for decades, compromising overall health and even triggering the onset of disease. C-reactive protein, a key indicator of inflammation in the body, is elevated by endothelial dysfunction and other cardiovascular conditions. C-reactive protein can also be used as a predictor of atherosclerotic development. It can even do its own damage by suppressing the normal production of nitric oxide, which contributes to endothelial dysfunction.

“Today’s science has determined inflammation is one of the root causes of cardiovascular disease,” said Sabinsa’s Mr. Pande. “As a result, anti-hypertensive and anti-inflammatory sesamin extracts are gaining popularity in preventive healthcare.”

Sesamin is a lignan compound extracted from sesame seeds. Data from clinical studies indicate that sesamin can lower cholesterol, stimulate weight loss, normalize blood pressure and fight inflammation. Coenzyme Q10 (CoQ10) is another compound that is effective in suppressing inflammatory response. It can also work synergistically with other nutraceuticals such as carotenoids to reduce inflammation.

“Research repeatedly demonstrates the safety and efficacy of CoQ10 in preserving heart heath, slowing or reversing disease progression and minimizing side effects of other medications, such as statin drugs,” said SGTI’s Mr. Holtby. “CoQ10 is beneficial for many other conditions and supports the body through a number of metabolic pathways, including antioxidant protection, membrane stabilization and energy production. As an antioxidant, it may improve oxygen uptake in the mitochondria of the heart.”

Chia is also gaining considerable attention for its wide range of cardiovascular benefits, including anti-inflammation properties. A study at the University of Toronto showed that regular intake of chia lowered blood pressure, improved coagulation factors and reduced inflammation. Other research showed chia can also reduce LDL cholesterol levels and triglycerides.

Pycnogenol also supports the endothelial cells in blood vessels. “These endothelial cells serve as the ‘traffic cop’ for blood flow, directing blood to the appropriate area of the body such as the heart, brain, muscles or digestive system to support the body’s actions,” said Peter Rohdewald, head of research and development at Switzerland-based Horphag Research (worldwide exclusive supplier of Pycnogenol). “Pycnogenol was shown to enhance the ability of endothelial cells to open narrow blood vessels as required.”

“This is in line with what we know about Pycnogenol preventing the aggregation of blood platelets in smokers,” said Dr. Rohdewald. “Aggregation of blood platelets is the first step towards thrombus formation. Of course, thrombus formation within the heart produces serious damage, making the prevention of thrombosis an important contribution to heart health.”

“The results of this clinical study are extremely encouraging,” said Carotech’s Mr. Leong. “Regression of WMLs in terms of number and size in the brain were observed after 1-2 years of supplementation. This is the largest clinical trial of tocotrienols to date, with full results being published soon.”

Losing Weight—Inside & Out
Even though it is important to manage high blood pressure, lipid profiles and other individual factors, InterHealth’s Mr. Dijkstra believes manufacturers must also look at the larger causes of cardiovascular disease, such as the impact of obesity on the heart and vascular system. Incorporating safe, science-backed ingredients that address more than just lowering a single factor—for example, losing weight—is extremely important.

Super CitriMax is a combination of ingredients that helps support healthy body weight and proper glucose management. This unique form of hydroxycitric acid (HCA) from Garcinia cambogia is bound to the minerals calcium and potassium for maximum solubility, stability, bioavailability and efficacy. Super CitriMax has been clinically shown to reduce body weight up to three times more than diet and exercise alone.

“Viscerol AI is an anti-angiogenic herbal composition targeting adipose tissue,” said Mr. Holtby. “Significant experimental and clinical science supports its ability to reduce unhealthy visceral fat. It inhibits the formation of new blood vessels, which are necessary for the addition of visceral fat cells. Because Viscerol AI only targets blood vessels that are formed to service the growth of entirely new cells, something that rarely occurs in normal conditions, it has been shown to have no adverse reactions on normal angiogenesis.”

Moving Forward
Recent product development trends for heart health favor the use of combination ingredients/actives instead of single ingredients. Since most supplement providers now carry single-ingredient heart health products, such as omega 3s or vitamin E tocopherol, companies are eager to differentiate themselves from the competition by offering more multi-functional supplements.

Carotech, for example, works with manufacturers and dietary supplement companies to develop unique combination formulas for heart health, such as Tocomin SupraBio plus phytosterols and omega 3s, a synergistic combination for cholesterol maintenance and heart health. “Sytrinol is another product formulated with polymethoxylated flavones and Tocomin for heart health that is supported by clinical trials,” said Mr. Leong.

Nutraceuticals will have a major role to play in personalized medicine as science continues to study how genetics influence individual health.

“We know much more today about the subtle factors that influence cardiovascular health, and the nutritional steps that we can take to minimize these effects in the body,” said ESM’s Ms. Dockery. “We also are continuing to investigate the genetic factors that influence our propensity toward certain health conditions, including heart disease. As the field of nutrigenomics continues to blossom, we will learn even more about specific dietary and lifestyle measures we can take that will specifically benefit our personal genetic makeup and propensity toward health challenges.”

Perhaps the greatest challenge for heart health in the coming years is finding ways to increase public awareness.

Mark Crawford is a full-time science and health writer in Madison, WI. He can be contacted at mark.crawford@charter.net.
Related Searches
Related Knowledge Center
Suggested For You 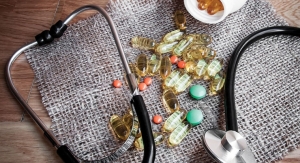 Getting Ahead of the Curve: Phytosterols