Formerly available as liposomal sprays, the new GABA Trex and SeroTrex tablets maintain the efficacy of the sprays at a lower price point, according to NeuroScience’s clinical director, Bradley Bush, ND. “Designed to be taken sublingually, the new dissolvable tablets allow for rapid delivery of calming relief,” he said. “The tablets keep the active ingredients in the mouth longer. Additionally, they are offered at a 50 percent reduction in price per serving, allowing practitioners to treat more patients with greater efficiency.”

GABA Trex (previously EndoTrex) contains the amino acid L-theanine, which has been widely studied for its ability to produce a calming effect and prevent over-stimulation. Phosphatidylcholine is included to aid in absorption.

In addition to L-theanine and phosphatidylcholine, SeroTrex (previously EndoPlus) contains 5-hydroxytrptophan, included to support the production of serotonin, which also has a calming effect.
Related Searches
Related Knowledge Center
Suggested For You 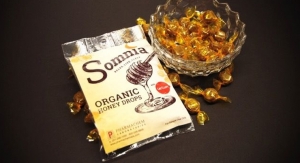 A Cup of Joe with Immune Support