Research: Multimorbidity, defined as the co-occurrence of two or more chronic medical conditions, is a common health status. The impact of nutrition on the development of multimorbidity remains to be determined. The aim of this study was to determine the association between foods, macronutrients and micronutrients and the evolution of multimorbidity. Researchers began with data from 1,020 Chinese citizens who participated in the Jiangsu longitudinal Nutrition Study (JIN), collected in 2002 (baseline) and 2007 (follow-up). Three-day weighted food records and status for 11 chronic diseases were determined using biomedical measures (hypertension, diabetes, hypercholesterolemia and anemia) or self-reports (coronary heart disease, asthma, stroke, cancer, fracture, arthritis and hepatitis). Participants were divided in six categories of stage of evolution of multimorbidity. Association of foods, macronutrients and micronutrients at baseline with stages in the evolution of multimorbidity were determined. Data were adjusted for age, sex, BMI, marital status, sedentary lifestyle, smoking status, annual income, education and energy intake.

Results: In examining this data, researchers found that the prevalence of multimorbidity increased from 14% to 34%. A high consumption of fruit and vegetables (p < 0.05) and grain products other than rice and wheat (p < 0.001) were associated with healthier stages in the evolution of multimorbidity. The consumption of grain products other than rice and wheat was highly correlated with dietary fibers (r = 0.77, p < 0.0001), iron (r = 0.46, p < 0.0001), magnesium (r = 0.49, p < 0.0001) and phosphorus (r = 0.57, p < 0.0001) intake, which were also associated with healthier stages. With these results, researchers documented the first evidence of an association between nutrition and evolution toward multimorbidity. More precisely, they concluded that greater consumption of fruits, vegetables and whole grain products appeared to lower the risk of multimorbidity.
Related Searches
Related Knowledge Center
Suggested For You 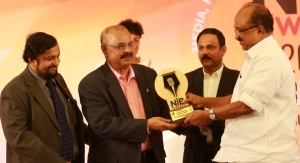