Nutrition Capital Network (NCN), San Diego, CA, an organization that connects investors with high-potential growth companies in the nutrition and health & wellness industry, has announced that 19 companies—or 35% of those that presented business plans at NCN investor meetings in 2012—have been successful in raising funds.

“This is very gratifying, especially considering that more than half of these companies were presented at NCN Investor Meetings held in the last quarter,” said Grant Ferrier, NCN CEO and co-founder. “Furthermore, at least six of the 2012 raises, or about one third, exceeded $1 million, a testament to NCN’s success as a gateway for premiere industry investors and growth companies in the nutrition and health and wellness industry.”

NCN is holding its Fall Investor Meeting on October 28 through 29 in San Francisco, CA, where 20 to 22 selected growth companies will present to an audience of 50 to 70 investment groups, representing $6 billion in capital. NCN’s annual ingredient- and technology-focused investor meeting follows on November 13 in Las Vegas, NV.
Related Searches
Related Knowledge Center
Suggested For You 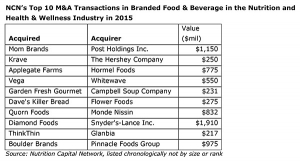 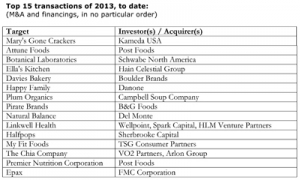