The Research Process: The Case of the Negative Research Study

Study design has serious implications for a product’s standing in the marketplace.

This column will cover what happens when a study indicates a negative effect, or what can be perceived as a negative effect, of an ingredient or product that you manufacture or sell. Have you ever asked yourself why we sometimes see both positive and negative headlines regarding a vitamin, mineral, botanical or herbal ingredient? We have all seen news pieces covering a study that has concluded multivitamins are useless against disease or a botanical has no effect on depression.

I’m sure this theme rings a familiar bell. To get a better understanding of why conflicting results may occur, it’s helpful to examine some of the particulars for designing and carrying out a research study. In this column I will also examine a case study involving the dietary mineral supplement ZMA.

Clinical trials/research studies all start with an idea or hypothesis to be proved or disproved. In addition, some studies also examine if an intervention might have any effect on a biological/physiological parameter or psychometric state (mood states). The purpose of either of these starting points is so that one knows how to frame the question being asked. Additionally, having primary and secondary objectives helps to build greater structure to a study design.

So, first, in order for a study to establish merit as it relates to the findings, it is imperative to ask the right question. Next, one might consider the intervention being planned. Within the framework of this periodical, since we deal mostly with natural products and ingredients, we want to know exactly what we are studying, if the form is absorbable at the right human dose, and how often it might need to be ingested in order to offer any potential effect.

Further, you should also develop a set of primary and secondary objectives; what will the study determine under the testing conditions being employed? For the study to have real-world implications, not only does the form of the intervention need to be correct, so too does the dose, frequency and length of exposure. Of course, the objectives/questions being asked must also be validated so that the findings are considered real and reproducible. It’s important to make the study design “real world,” because people will utilize the test product in the real world. Why ask a research question that might not have any applicability for the consuming public at large?

In research, there are many reasons a study might fail to meet the primary objective or endpoint of interest. I cannot emphasize enough that the study design is of primary concern. If the wrong form and/or dose of the intervention (e.g., dietary supplement) is used, a negative finding is almost guaranteed. In other words, research studies need to be well  planned before being initiated. This includes a specific, pre-planned statistical approach to data analysis. Further, it appears regulatory authorities prefer studies that incorporate FDA and/or ICH guidance for design, biomarkers, endpoints and reporting results.

When choosing the ingredient or supplement—whether a single ingredient or a multi-ingredient product—as the interventional agent being studied, it is also imperative to understand the product well. That is to say, one must be aware of how each ingredient undergoes “ADME” (absorption, digestion, metabolism and excretion); potentially more important is how each ingredient may interact with other ingredients in the product, in cases of multi-ingredient formulas. One should not minimize the potential for nutrient-nutrient interactions, as some nutrients may enhance or inhibit others in ADME. It is also important to know if there are any benefits or restrictions for the product to be taken with or without food, much like prescription drugs.

The ZMA Case
ZMA is a specialized product comprised of zinc monomethionine aspartate and magnesium aspartate. This popular branded ingredient has been sold as a stand-alone product and as part of multi-ingredient formulas. ZMA is often promoted for aiding in sleep quality, helping with testosterone levels, aiding in strength gains and in replacing or supplementing diets low in these minerals.

One study with ZMA alone evaluated its effects in collegiate football players during spring football practice over an eight-week period. Twenty-seven players received either ZMA or a placebo during that time. Evaluations included changes in blood (plasma) levels, zinc and magnesium, along with the anabolic hormones of testosterone (free and total) as well as IGF-1.

Muscle performance was measured by standardized techniques accepted and used to evaluate changes in strength and power. Over the eight-week period, those taking ZMA, compared to placebo, experienced positive changes in zinc, magnesium, free testosterone and IGF-1 levels, as well as in select measurements of functional power on the Biodex.

A second study utilizing a multi-ingredient product known as Z-Mass PM did not find results consistent with the first study. This second study involved exposure duration of eight-weeks, with participants taking the product or placebo within an hour before sleep. The researchers measured changes in body composition and strength, along with blood markers of anabolism (muscle growth) and catabolism (muscle breakdown). Results indicated that ZMA supplementation non-significantly increased serum zinc levels 11-17% (p=0.12). However, no significant differences were observed between groups in anabolic or catabolic hormone status, body composition, 1-RM bench press and leg press, upper or lower body muscular endurance, or cycling anaerobic capacity. Results indicate that ZMA supplementation during training does not appear to enhance training adaptations in resistance trained populations.

Now, let’s consider why this second study seemed to fail to result in any positive findings. I mentioned previously the importance of vetting out any potential interactions. The study that tested Z-Mass PM included the botanical ingredients Mucuna pruriens (seeds), and Polypodium vulgare/suma root (herb). The researchers of the second study failed to realize or consider that the product they were testing contained “anti-nutritional” factors.

Zinc and magnesium are principal ingredients in ZMA. Both of these minerals are easily affected in terms of how well they are absorbed in the body. The researchers failed to note that the Mucuna pruriens ingredient (also in the formula they tested) is rich in phytic acids (phytate).

Phytates are well known to interfere with the absorption of zinc. Thus, the formula itself was poorly designed if the intent was to showcase potential benefits of ZMA. Mucuna pruriens contains about 5.68 mg of phytates per gram of product. The Z-Mass PM product contained roughly 4.0 mg of phytic acid. A dose of as little as 4.0 mg phytic acid is known to reduce zinc absorption by at least 20%. Research shows that with almost every gram of phytates/phytic acid ingested, zinc requirements nearly double. In addition, Mucuna pruriens is known to have other components that interfere with nutrient absorption.

It appears the product formulator for Z-Mass PM did not know, or was unaware of, the negative nutrient-nutrient interaction of the individual ingredients chosen. The researchers did not seem to know either, as they did not write about this in the study publication. If they had then there would be a better understanding of why their study failed to find any benefit of the multi-ingredient formula as compared to the study that used ZMA without other added ingredients.

Typically, the fallout from this type of situation is that the company producing the stand-alone ingredient (in this case, ZMA) must address a negative study that was set up to fail from the start.

One might also consider if there is a legal implication of how a positive or negative study affects a product or ingredient in the marketplace, as well as how well the science of product design—and even study design—is vetted prior to production. In the case of ZMA, additional studies are needed to help determine if the marketing statements hold validity, however, these studies need to be designed better so that the answers are clearer.

Douglas Kalman, PhD, MS, RD, FACN, is director of clinical nutrition at Miami Research Associates (MRA), Miami, FL, in the Nutrition and Endocrinology Division. MRA is a clinical service organization involved for over 10 years in phase II through post market trials for the pharmaceutical and nutraceutical industries. Dr. Kalman is also an active member of the American College of Sports Medicine, American College of Nutrition, the Academy of Nutrition and Dietetics, the National Strength and Conditioning Association and the Association of Clinical Research Professionals. He is also the executive vice president and treasurer of the International Society of Sports Nutrition (ISSN). He can be reached at 305-666-2368; Fax: 305-669-8966; E-mail: dkalman@miamiresearch.com; Website: www.miamiresearch.com.
Related Searches
Related Knowledge Center
Suggested For You 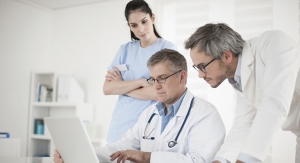 An Uptick in Nutrition Studies