Cranberry Juice May Prevent Recurrence of UTIs in Children

New research has revealed that cranberry juice can help reduce recurrences of urinary tract infections (UTIs) in children. The results, published in Clinical Infectious Diseases, show that the cranberry’s well-documented role in preventing recurrent UTIs in adult women also has the potential to benefit younger patients.

The study carried out by a group of Finnish researchers found that, compared to placebo, regular drinking of cranberry juice limited the number of UTI recurrences in children by 43% and reduced the need for antibiotics to be taken by 34%—the equivalent of six days per patient a year.

The randomized, double-blind, placebo-controlled trial included 129 children who were being treated for UTIs and selected to drink Ocean Spray Cranberry Classic cranberry juice for six months, while 134 others received a placebo in its place. The two groups were monitored for 12 months and the consumption of juice and daily symptoms were recorded by the children’s parents. For further information: www.oceansprayitg.com
Related Searches
Suggested For You 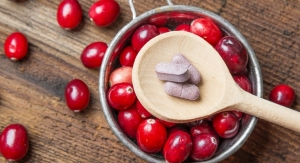 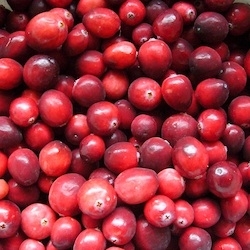 Vitamin D May Counter Side Effects of HIV Drug