Getting Ahead of the Curve: Diabetes & Blood Sugar Management

Two first-time ever campaigns by the world’s leading diabetes associations have put efforts to prevent, curtail and cope with diabetes on the front burner, creating a bevy of new supplement and functional food/beverage opportunities.

Two first-time ever campaigns by the world’s leading diabetes associations have put efforts to prevent, curtail and cope with diabetes on the front burner, creating a bevy of new supplement and functional food/beverage opportunities.

New cases of adult diabetes in the U.S. continue to be diagnosed at epidemic rates; 1.9 million in 2010 (ADA, 2011). Led by India and China, IDF estimates that 366 million people globally struggle with the disease. In 2010, 22.7 million U.S. households had a member coping with diabetes, according to SymphonyIRI’s 2010 “OTC Medication Report,” which estimated the annual sales potential for diabetes related OTC drugs and supplements at $3.4 billion.

But, while marketing products to America’s 18.8 million diagnosed diabetics is often difficult as they tend to be very Rx dependant, it’s the precursor and risk factor reduction markets that perhaps offer the greatest opportunity. The Centers for Disease Control & Prevention (CDC) report that 79 million U.S. adults are pre-diabetic. Moreover, 35% of men and 33% of women age 20+ have Metabolic Syndrome; 1 in 10 or 2.9 million kids aged 12-19.

According to Sloan Trends’ TrendSense model, diabetes reached Mega Market status in 2006 and remains among the largest and fastest growing nutraceutical market opportunities in 2011. Medical Counts have accelerated at an explosive rate throughout the decade with more than 180,000 new research studies published in 2010. Diabetes and children is currently a very large and highly desirable High Level 2/Low Level 3 mass market.

All four diabetes-precursor/risk factors shown below are also enjoying meteoritic growth in Medical Counts, showing strong and growing scientific support for their relationship to diabetes, although their degree of marketability is currently at different levels and lifecycle stages.

Insulin resistance is a large and stable Level 2 mass market opportunity—on par with vitamin D and omega 3s. There is no doubt that loss of insulin sensitivity increases the risk of developing type 2 diabetes and other manifestations of metabolic syndrome. It is a well defined and recognized biomarker that essentially constitutes “healthy blood sugar levels.”

Metabolic Syndrome became a Level 2 mass market in 2007, along with blood sugar control/management in 2010, although they have respectively been a mass market opportunity since 2003 and 2005. While Medical Counts appear to be somewhat lower for blood sugar management than Met X or insulin sensitivity, they are at a respectable 2500 and will maintain a strong Level 2 or very high Level 1 mass market for the foreseeable future.

Pre-diabetes has been flirting with crossing into the Popularization Phases since 2006 and is now perfectly positioned to attract health food/specialty shoppers and very healthy conscious and condition-specific consumers. Marketers focused on these channels should have products and promotional materials in place. The Glycemic Index is also similarly poised as a specialty channel opportunity at this time.
Related Searches
Related Knowledge Center
Suggested For You 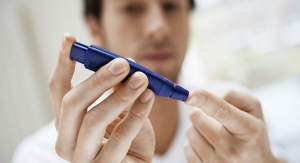 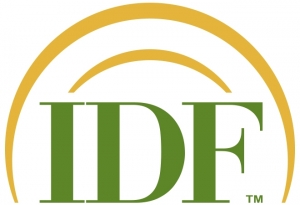 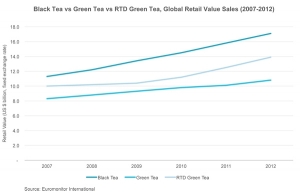 Getting Ahead of the Curve: Gluten-Free

Staying Ahead of the Curve: Vitamins 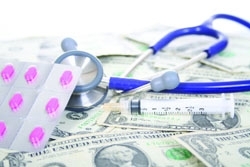 Getting Ahead of the Curve: Mental/Healthy Aging

Getting Ahead of the Curve: Digestive Regularity