Commenting on an economic impact assessment report on the European Union’s Nutrition & Health Claims Regulation commissioned the European Health Claims Alliance (EHCA), EHPM said that with a prediction of a 25% drop in the market for substances other than vitamins and minerals, the regulation will fail in its main objectives and severely damage the economic profitability of the sector.

“To date no impact assessment has ever been carried out by the EU Institutions on the likely consequences of these evaluations,” said EHPM chairman Peter van Doorn. “Consumers would lose out because of reduced choice and possibly higher prices as well as possibly more vague messages on labels and in advertising.”

“In addition, barriers to entry into the food supplement sector will increase, levels of innovation will likely fall, non-EU suppliers will increase their EU market share because they can bypass labeling restrictions in their country of origin, and the viability of many EU businesses—notably SMEs—would be threatened,” he continued. “The report shows that some companies have already incurred costs of adjustment associated with negative opinions.”

Based on EFSA’s opinions, the impact assessment which is based on a survey of companies producing and marketing food supplements across 10 European Union Member States, rates the achievement of the main objectives of the regulation—consumer protection, legal security, fair competition, innovation and the protection of SME’s—as poor and weak.

EFSA published its sixth and final batch of article 13.1 claims opinions at the end of July, and these are now being considered by the European Commission as it develops a draft Union List of claims permitted for use in the EU.
Related Searches
Related Knowledge Center
Suggested For You 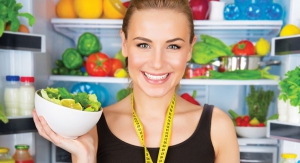 Nutricosmetics: Confined to Underdog Status or Opportunity to Outshine?

Getting Ahead of the Curve: Choline

EU Will Not Harmonize Food Supplement Rules Any Further