Living Large...And Blaming Someone Else for It

The U.S. is a nation of excess—and contradictions. We love our unnecessarily large cars, our larger-than-life celebrities and a growing list of gadgets we just can’t do without.

The U.S. is a nation of excess—and contradictions. We love our unnecessarily large cars, our larger-than-life celebrities and a growing list of gadgets we just can’t do without. Then we complain about how much it costs to fill up our humongous cars, we question celebrities as role models for our children, and we worry that the radiation from our cell phones and computers might be giving us cancer. And we worry about all of these things while we sit on the couch, eat nutritionally bankrupt food, swill empty calories and watch TV. What’s wrong with this picture?

According to the latest findings from an American Dietetic Association (ADA) survey, although two-thirds of American adults are either overweight or obese, half (49%) say they are doing everything they can to achieve balanced nutrition and a healthy diet. Interestingly, in 1995 when the nation was skinnier, only 35% admitted to doing everything they could to be healthy. How’s that for a contradiction? So you’re telling me that today, in 2011, consumers are working harder than ever to trim the fat and achieve healthier lifestyles? I’ll believe it when I see it.

“The survey’s findings show a significant proportion of people don’t think they need to do more, despite increasing rates of obesity, diabetes and other nutrition-related health conditions. We need to communicate to everyone the positive message that change is necessary and possible,” said Jeannie Gazzaniga-Moloo, ADA spokesperson. Thanks Jeannie, but I think consumers need more than just communication—they need a swift kick in the butt.

Well, thank god I don’t like to gamble, because according to ADA half of those surveyed feel they are already doing enough. Enough of what exactly?! Actually, the percentage of “Don’t Bother Me’s” was as large as 40% in the mid-1990s, while the “I’m Already Doing It” crowd made up only 23% of respondents. Again, this was during a time when the nation was, according to statistics, relatively healthier.

Consumers also claim to get most of their nutrition information from TV. In fact, ADA said, “Television has remained Americans’ most popular source since ADA began conducting its survey.”  What channel are they watching? 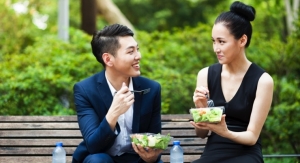 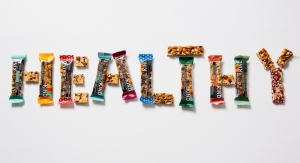 Nutrition Facts? No Thanks.

Getting Ahead of the Curve: Diabetes & Blood Sugar Management