Research on Beta-Glucans Published in Nature

A new study published in the journal Nature features Biothera’s beta-glucans and new discoveries regarding how these immunodulating compounds prime the innate immune system to protect the body.

This research confirmed that not all beta-glucans are alike. Led by David Underhill, PhD, researchers demonstrated that beta-glucan size and molecular structure is critical to receptor binding and the resulting innate immune cell response. Dr. Underhill and his research team found that specific beta-glucan structures bind to a particular receptor (Dectin-1) while other beta-glucans structures may not.

The study shows that Dectin-1 distinguishes between direct microbial contact and detection of microbes at a distance, a distinction that enables effective microbial killing responses.  When bound to Biothera’s Wellmune WGP, Dectin-1 signaling primed immune cells for phagocytosis, a mechanism used to recognize and destroy pathogens. 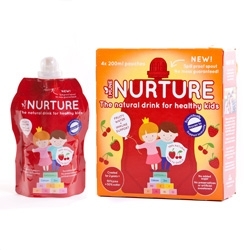 Researchers Treat MRSA with Vitamin B3

Vitamin B3 May Help in Fight Against Staph Infections and Superbugs