Daily supplementation with Chr. Hansen’s probiotic strain BB-12 may significantly reduce the occurrence of respiratory infections in early childhood, according to a federally funded, clinical study published in the September issue of British Journal of Nutrition.
In this double-blind, placebo-controlled study, 109 newborn infants were assigned randomly to a probiotic group receiving BB-12 or to a control group receiving placebo. BB-12 was administered to the healthy breastfed infants twice a day from the age of 1-2 months to 8 months with a pacifier or a spoon.
The main finding was that BB-12 reduced respiratory infections, as 65% of children in the BB-12 group and 94% in the control group had experienced one or more episodes of respiratory infections at the 8-month examination. For further information: www.chr-hansen.com
Related Searches
Suggested For You 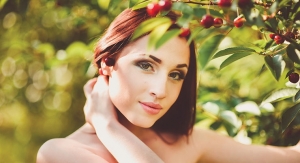