With the exception of some big deals, M&A activity was not as robust among small and medium-sized companies.

It has been some time since this column reviewed the merger and acquisition activity in this space. So since this is the “State of the Industry” issue, now seems like a good time for review.
Looking at a list of the more significant deals in this industry would make you think everything is going well, but the reality is deals considered small to mid-sized are still few and far between. In fact, it remains difficult to get the financing needed to do deals unless there is an extremely attractive opportunity or the acquirer already has the capital on hand.
Financial Deals
This year witnessed several deals that were motivated almost entirely by financial reasons, as opposed to holding strategic value. While the economic recovery is still uncertain, the nutrition industry continues to grow faster than other industries. At the same time, public market valuations have generally reflected slower growth. For the most part, 2010 seemed to be an attractive time to be buying into the sector for private equity firms. At least that was the publicly announced rationale for Carlyle Group’s acquisition of NBTY, the largest supplement company in the industry.
This year TPG Partners, another private equity firm, also acquired 25% of Schiff Nutrition, largely based on financial reasons. It is noteworthy in the TPG deal that Schiff said it will use some of the capital from the deal to fund acquisitions. Again, if you have the cash on hand, it appears to be an attractive time to be a buyer in this space, and Schiff seems to like this logic.
Strategic Deals
The rationale for strategic deals varies, as one would expect, because different companies have different strategies. However, some of the important transactions that were completed this year will allow the acquirers to enter new sectors and gain new expertise. For example, ConAgra was already a producer of a few snack bars, but when it acquired Elan Nutrition the company gained access to the nutrition bar sector too. As a result, ConAgra will be able to tap a larger market of weight management and sports nutrition consumers.
Martek Biosciences’ acquisition of Amerifit, a branded supplement manufacturer, was also driven by strategic reasons. Martek’s portfolio was largely dependent on a single sector—infant formulas—and was driven by its intellectual property portfolio. However, it also has a strong pipeline of unique products. So by acquiring Amerifit, Martek now has an outlet into which they can commercialize these technologies faster, rather than acting solely as an ingredient supplier. And in actuality, the pharmaceutical industry is full of examples of companies that need to add new products to their pipelines when patent portfolios begin to expire, so in retrospect the rationale for this acquisition seems obvious.
Seizing Market Share
In contrast, the motivation to seize more market share seemed to drive the largest strategic deals in the industry this year. From the ingredient portion of the value chain, BASF acquired Cognis to help strengthen both its chemical and nutritional portfolio. Cognis was previously owned by a consortium of private equity firms, which were presumably seeking an exit from their investment. BASF may not have actively sought Cognis as a target, but when it became available Cognis was a nice match for the diversified chemical manufacturer.
A similar example is the KeHE Foods acquisition of Tree of Life—the owner had already previously stated his intention to sell the division. KeHE is a food distributor that already had a natural and organic food portfolio, so the Tree of Life deal gave it a much larger footprint in the space.
A similar strategy guided companies on the branded side as well, with Metagenics acquiring Bariatric Advantage and Diamond Foods acquiring Kettle Foods. In both cases, the companies involved already sold products in the same channels and had complementary product portfolios that gave them more market share with very little cannibalization of their existing products. In fact, they may even be hoping to extract synergies out of the deals by reducing overhead costs.
Given the continued economic uncertainty in the world today, one would expect that the primary types of deals completed in the industry in 2010 will continue to follow these three strategies next year: financial, diversification and market share growth. If bank lending does not continue to increase, the deals will primarily be completed where the capital is readily available. Regardless, the underlying fundamentals of the nutrition space do still make the industry attractive to outsiders, so interest should still remain.
Related Searches
Related Knowledge Center
Suggested For You 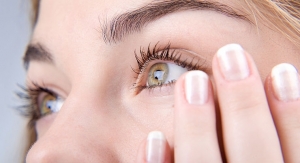 Food & Pharma: How to Succeed in Dietary Supplements & Nutraceuticals

A Guide to Winning the Nutraceuticals Market