These centers will assess the safety, efficacy and biological action of botanicals.

Studies of the safety, effectiveness and biological action of botanical products are major focuses for five dietary supplement research centers recently selected to be jointly funded by the Office of Dietary Supplements (ODS) and the National Center for Complementary and Alternative Medicine (NCCAM), two components of the National Institutes of Health (NIH). The NIH’s National Cancer Institute is co-supporting two of the five centers.

These five interdisciplinary and collaborative dietary supplement centers, known as the Botanical Research Centers (BRC) Program, are expected to advance understanding of how botanicals may affect human health. “Eventually, the program may provide data that translates to new ways to reduce disease risk,” explained Paul Coates, PhD, director of ODS. “Until then, the research from these centers will help the public make informed decisions about botanical dietary supplements.”

“Botanicals are usually complex mixtures of many active constituents,” said Josephine Briggs, MD, director of NCCAM. “This complexity poses some unique research challenges that these centers are well positioned to address.”

The 2007 National Health Interview Survey shows that about 18% of adults reported taking a non-vitamin, non-mineral natural product, spending about $15 billion on the purchase of these products. These products contain a dietary ingredient intended to supplement the diet other than vitamins and minerals, such as single herbs or mixtures.

Botanical products, including supplements, are among the most popular and use appears to be on the rise. Nutrition Business Journal (NBJ) data show that sales of dietary supplements have steadily increased by about 24% between 2003 and 2008. Elderberry supplement sales, for example, grew by almost 50% during this time. Furthermore, NBJ forecasts that sales of herbs/botanicals will increase about 19% over the next five years. Many of the botanicals proposed for study by the five centers appear on NBJ’s list of “Top 100 Dietary Supplements According to U.S. Sales, 2002-2008: Part II.” They include plant oils, garlic, soy, elderberry, licorice, black cohosh, St. John’s Wort and dong quai. The safety and efficacy of these products has not been adequately studied, despite their widespread use, ODS says.

In 1999, ODS received funding to develop a botanical research initiative that resulted in the BRC Program. The BRC Program is entering its third five-year cycle.

This center was supported from 2005-2010 and in the next five years aims to provide a comprehensive evaluation of specific, compelling hypotheses about the molecular, cellular and physiological mechanisms by which botanicals, such as artemisia and St. John’s Wort, may reduce the chance of developing conditions that often lead to metabolic syndrome and of developing metabolic syndrome itself. Metabolic syndrome, a grouping of risk factors that may develop into diabetes and heart disease, has always been this center’s focus.

This center has been supported for 10 years and has always focused on women’s health. In this new cycle, the center’s mission has evolved to a focus on the safety of botanical dietary supplements, such as black cohosh and licorice, which are widely available. The investigators will study how multi-component mixtures work together; how they are absorbed, distributed and eliminated by the body; how they affect chemical and physical processes within the body; how they interact with drugs; and how they impact women’s own estrogenic hormones.

This new center will address safety, efficacy and mechanism of action of botanical estrogens, such as wild yam, soy and dong quai, currently being consumed by women. The projects will look at biological effects of botanical estrogens on molecular mechanisms and cellular pathways, and their actions on bone, uterus, breast tissue, breast cancer metastasis and cognition.

This new center will look at safety and efficacy of botanical dietary supplements, such as elderberry and garlic. The center’s main emphasis will be on interactions among five pathways. Signaling pathways describe a group of molecules in a cell that work together to control one or more cell functions. After the first molecule in a pathway receives a signal, it activates another molecule. This process is repeated until the last molecule is activated and the cell function involved is carried out. The function can be normal or abnormal. The primary focus is antioxidant signaling and how it relates to other pathways and mechanisms of action in preventing prostate cancer and deterioration of nerve function, as well as in improving resistance to infectious diseases.

The goal of this renewed center is to delineate the molecular mechanisms by which botanical oils, such as borage oil, may prevent or affect disease (cardiovascular disease, asthma and metabolic syndrome), while also focusing on immunity and inflammation. The center will also examine the influence of genetic differences in the metabolism of botanicals to determine the populations where they are most likely to be effective.
Related Searches
Related Knowledge Center
Suggested For You 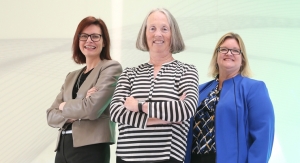 How Should ‘Bioactives’ Be Studied?

Botanical Supplements: From 1994 to Now