Following a challenge by Schiff Nutrition Group, the National Advertising Division of the Council of Better Business Bureaus has recommended that Imagenetix discontinue certain advertising claims made for the dietary supplement InflameAway Celadrin. NAD examined claims made by Imagenetix at Celadrin websites, on product labeling and in television advertising.
Claims at issue included:
·      “Clinically tested and shown to be effective for improving joint comfort”
·      “Celadrin Softgels:  Clinically Tested and Proven to Work”
·      “Celadrin is demonstrated to be faster and more effective than glucosamine/chondroitin”
·      “Now there’s something proven to be better! InflameAway Celadrin”
·      “Because InflameAway Celadrin works 6 times faster, 6 times more effective”
·      “If you’re taking glucosamine/chondroitin, then you need to know that there’s a better product that can dramatically restore your joint health”
·      “InflameAway Celadrin works not just twice as fast, or four times as fast, all-natural InflameAway works 6 times faster than glucosamine/chondroitin”
·      “Clinically proven 6 times faster”
·      “Six times faster, and six times more effective too”
·      “Demonstrated to be 6x faster and 6x more effective than glucosamine/chondroitin”
·      “Available for oral and topical applicants, Celadrin’s beneficial effects have been proven to work 6 times faster than glucosamine or chondroitin.”
·      “In a double blind clinical trial, oral Celadrin showed significant benefit beyond arthritic medication the subjects had been taking – with cumulative improvement shown throughout the study”
·      “Celadrin’s beneficial effects have been proven superior in results to glucosamine, chondroitin, MSM and SAMe and other arthritic medications”
·      “Patented InflameAway Celadrin is a medical breakthrough”
Imagenetix, at the outset, informed NAD that the company had been revising its marketing campaign prior to the NAD challenge and had discontinued all of its comparative claims versus glucosamine/chondroitin (and other joint health products), as well as its claim that Celadrin has been “Proven to work.” NAD found that the advertiser’s permanent discontinuance of all of its comparative claims versus glucosamine/chondroitin to be necessary and proper.
The advertiser relied on studies conducted on various formulations of Celadrin to support the claim “Clinically tested and shown to be effective for improving joint comfort.” NAD was concerned by the changes in formulation of Celadrin, both from study to study, and from the studies to the currently marketed formula of Celadrin.
NAD found that the evidence in the record was inconsistent and insufficient to support a claim that either Celadrin, or its active ingredient, cetylated fatty acid, has been “Clinically tested and shown to be effective for improving joint comfort.” Further, NAD noted, while the patent on the ingredient is evidence of its novelty, the patent alone cannot support a “clinically shown” claim. NAD recommended that the advertiser discontinue the claim.
Finally, NAD found the claim that “Patented InflameAway Celadrin is a medical breakthrough,” was not supported by the research on Celadrin or by the patent on the key ingredient in Celadrin and recommended that it be discontinued.
The company, in its advertiser’s statement, said it is “extremely disappointed that the unrebutted opinions of two highly qualified scientific experts have been rejected in favor of the non-scientific judgment made by NAD counsel.”
However, in the spirit of cooperation, the company said it “has and will continue to voluntarily discontinue the use of all NAD challenged claims in its national advertising.”
Related Searches
Suggested For You 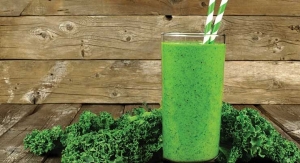 Boomers Are Aging Differently Than Their Parents