Inside China: The Tides of Change

“Political work is the life-blood of all economic work. This is particularly true at a time when the social and economic system is undergoing fundamental change.”
—Chairman Mao-Tse-Tung (c. 1955)

During the last 25 years, China’s economic model has evolved from an insular system into a more market-oriented economy with a fast-growing private sector. Although now a major player on the world’s economic stage, China has rolled out trade reforms slowly.

It is known that there are various bureaucratic barriers to trade besides formal tariffs. Some of the non-tariff issues include: Rules for the valuation of goods at customs; pre-shipment inspection; rules of origin requirements; investment measures; and reducing trade distortions.

Since entering the World Trade Organization (WTO) in December 2001, China has undertaken some measures to comply with WTO trade commitments, including those related to: tariffs; non-tariff barriers; expanding market access for foreign firms; and improving transparency.

In terms of China, the U.S. Mission to the European Union sums it up as follows: “Import standards and phytosanitary requirements are being used to create import barriers, and imports of many products are required to undergo duplicative and expensive quality [and] safety inspection procedures.

“In addition, transparency continues to be an issue for both foreign and domestic firms, as inconsistent notification and application of existing laws and regulations continues to create problems for businesses.” Another example is the lack of intellectual property (IP) rights protection.
Fortunately for U.S. dietary supplement and ingredient manufacturers, the Natural Products Association-China (NPA-China) has been quite active in advocating for U.S. firms, including (but not limited to) such NPA-China board-of-director member companies as NOW Foods, Carlson Labs, Jarrow Formulas, Capsugel, GNC, Herbalife International and Robinson Pharma.

Is market access in China better today for U.S. companies? “Unfortunately, the market and the regulatory system have not made much in the way of progress,” observed Jeffrey Crowther, the Beijing-based director of NPA-China. “Obtaining registrations for individual products is still an issue. Estimated costs are in the range of $20-50,000 and it can take as long as two years to receive the registration.”

According to Philip Pittsford, international sales manager for Bloomingdale, IL-based NOW Foods International, as to the rules for valuation of goods at customs: “This is still a very subjective process and the local importer can have influence on this.” Bottom line: “Much of the power still resides in the hands of the local operatives.”

Regarding rules of origin requirements, despite the fact that much of the raw material for finished products originally comes from China anyway “does not make it any easier,” added Mr. Pittsford. “Much of this is a paper trail, and one that is not easy to follow, especially with blended products.”

John Carlson, co-founder of Arlington, IL-based Carlson Laboratories, also weighed in on this complex situation. “China has been the country with the most difficult requirements […] for importation, yet the raw materials that they send to the U.S. vary up and down the scale in quality.”

Speaking of raw materials, George Pontiakos, president and CEO of BI Nutraceuticals, Long Beach, CA, points to onerous market access challenges for each and every ingredient, including requirements not only for phytosanitary certificates, but also for material safety data sheets (MSDS) and “certificates of acceptance.”

In addition to these non-tariff barriers, high tariffs are imposed on U.S. ingredients that compete with related Chinese ingredients, such as American ginseng (Panax quinquefolius), although, according to Mr. Pontiakos, there are ways to work around some of the barriers. For example, some Chinese companies import foreign raw materials into Hong Kong, thereby paying less expensive duties.

An Historical and Contextual Perspective

“The dietary supplement industry is still in its infancy and the idea of taking supplements on a daily basis to support a healthy lifestyle remains a foreign concept for most consumers [in China],” said NPA’s Mr. Crowther.

“China has a history of heavy-handed regulations across a variety of industries, and the dietary supplement industry is no exception. In the early 1990s, when dietary supplement products began to enter the market, they were forced to register as OTC [over-the-counter] products. At that time there was no separate regulatory framework like there is today to oversee [dietary supplements].”

This regulatory treatment “sent the wrong message” to industry, regulators and consumers in China and made all parties concerned view supplements as medicinal products, Mr. Crowther observed.
“Moreover, the only sales channels open to [dietary supplement] products were pharmacies, which further perpetuated the medicine perception.

“Today the industry is left with the task of altering this legacy by advocating for a regulatory system that identifies dietary supplements as distinct and separate from the pharmaceutical industry.

“As the market continues to develop and more companies, experts and organizations enter, this notion is beginning to slowly change.”

The Future for Market Access:
NPA-China Navigates the Way

As a partner of the U.S. Department of Commerce (DOC) through a Market Development Cooperator Program grant, NPA-China and U.S. officials have met with China’s regulators in order to work toward what Mr. Crowther terms a “more open and transparent system.”

In fact, added Mr. Crowther, “the U.S. DOC and NPA partnership has scheduled a series of meetings with its Chinese counterparts to work more closely on dietary supplement industry reform,” including improved market access.

According to Mr. Crowther, China’s “regulatory landscape” experienced noteworthy changes in 2008, ones that “will assist in the [U.S. dietary supplement] industry’s push for regulatory change.”
He says an example of that change was China’s State Food and Drug Administration (SFDA) being reorganized under the aegis of the Ministry of Health in order to “reel in an out-of-control agency which was continuously marred by serious corruption scandals, the most famous of which was the execution of Zheng Xiaoyu, the former director of the SFDA, for taking bribes worth $850,000 to approve the sale of an antibiotic that ended up killing at least 10 people.”

“The Chinese government said that the reorganization was […] necessary in order to streamline the regulatory process,” explained Mr. Crowther. “Another change in direction for the Chinese government is the shift toward preventative healthcare. Due to rising medical costs blamed on increasing pharmaceutical prices, the government is taking a proactive role to move the system toward prevention by investing more than $11 billion to support regulatory reform.

“The [dietary supplement] industry will benefit from this regulatory shift because its products and overall mission promotes healthy lifestyles. In another unprecedented event, the SFDA recently gathered industry leaders to discuss the regulatory system and listen to suggestions for regulatory reform.”

“All in all,” noted Mr. Carlson, “the importation barricades in China are slowly being eased.” 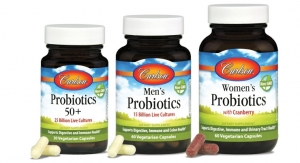 BI Nutraceuticals Named Runner-Up in 'Investment in the Future' Category

Inside China: Safeguarding the Supply Chain

From the Corners of the World: The Dragon Machine