From the Corners of the World: Wild Collected Botanicals

Creating global standards is imperative before societies lose the plants they depend on.


Creating global standards is imperative before societies lose the plants they depend on.

Many industries depend on botanical resources as a basic supply of raw materials. To this day, plants represent an important raw material source for pharmaceuticals, dietary supplements, nutraceuticals, skin care, natural colors, cosmetics and perfumes. These plants are often referred to as MAPs, which stands for Medicinal and Aromatic Plants. Unfortunately, many people are unaware of the importance and delicate nature of these plants.

When consumers think of these botanical resources they naturally perceive them to be sustainable. People imagine that these plants are grown or wild collected in manners that sustain the environments they come from, as well as ensure economic and social equality. Few people recognize the risks facing many of these plants, including over-harvesting, development and damaged ecosystems. If proper actions are not taken, beginning with the development of strong international standards, many important plants could be lost for future generations. Going forward, there is an immediate need to develop standards on the sustainable development and management of wild collected MAP species.

The increased demand for MAPs worldwide will continue to put pressure on their sustainability, as well as the ecosystems they come from. Ac­cording to the World Wildlife Fund (WWF), “Every year, about half a million tons of dried medicinal and aromatic plants are traded internationally, and an unknown but substantial quantity is traded on national and local markets.” Half a million tons is more than 1 billion pounds of MAPS traded internationally, and this number does not include that which is traded locally.

“More than 50% of the plants are harvested from the wild, and the demand for MAPs is increasing worldwide. Coupled with land conversion and habitat degradation in many regions, it means around a quarter of such species are under threat,” says ICUN. To add to this, most MAP species are now and will continue to be wild collected. Cultivation cannot be the principal solution to over-harvesting. This means that standards need to be created and implemented to help preserve these species in the wild.

Many companies already market products that contain statements such as “ethically wildcrafted” or “sustainably wild harvested.” While many of the companies making these statements are sincere in their efforts to make this happen, there is no widely accepted standard for defining “sustainable.” Further, there aren’t many options for independently auditing or using third party certification of the criteria used.

General “guidelines” do exist for sustainable wild collection. Established by the World Health Organization (WHO) in conjunction with IUCN and WWF, they include: “Guidelines on the Conservation of Medicinal Plants” or “WHO Guidelines on Good Agricultural and Collection.” There is also important work ongoing within the United Nations Convention on Biological Diversity (CBD). But it is important to note that these are guidelines and not implementable standards. These efforts call for sustainable practices in the collection of wild species that will ensure the long-term survival of the species and their associated habitats, but there is little specificity on resource assessment or on the establishment of criteria and methods of control.

Many countries have established or are attempting to establish guidelines for sustainable wild collection of MAPs. In the U.S., this job has been initiated by the U.S. Department of Agriculture (USDA) under the National Organic Program (NOP). According to 7 CFR section 205.207 (b): “A wild crop must be harvested in a manner that ensures that such harvesting or gathering will not be destructive to the environment and will sustain the growth and production of the wild crop.” Again, while this is a step in the right direction, the regulation states an intention but creates no mechanism for de­fining, implementing or enforcing such a regulation.


The Risks of Non-action

The first most obvious risk of non-action is the permanent loss of important plant species, a situation that would significantly impact the industries depending on these resources for development of their many products.

Equally important to the actual loss of a plant is the potential loss or destructive impact on the ecosystems and habitats in which these plants are found. The economic, social, environmental and cultural health of communities is often tied to the wildlife surrounding it. As plants disappear so does the knowledge surrounding their use, and therefore important discoveries that could have been made.

Josef Brinckmann, vice president, Research and Development, Traditional Medicinals, and Member of the International Standard for the Sustainable Collection of Medicinal and Aromatic Plants (ISSC-MAP) Decision Board, recognizes the importance of and is at the center of attempting to define such standards. “At Traditional Medicinals almost 50% of the botanical species we use are wild collected. In fact, we have been strong proponents of sustainable organic agriculture since our start in the 1970s. At this point, over 90% of the botanicals we use (farmed and wild) are certified organic. It is in our interest to have 100% of our wild collected bo­tanical ingredients certified organic, but we are interested in the implementation of a more rigorous standard for independent assessment than what the current organic regulations require,” he said. “Many organic inspectors are trained for the inspection of crops at farms and they do not (yet) have the requisite training to conduct a wild crop inspection, particularly in a biodiverse collection area, which would necessitate a completely different set of skills for making an independent determination of sustainable wild resource management. And such inspections may best be carried out by a multi-disciplinary team of qualified persons.”

Like Traditional Medicinals, many companies are starting to play an active role in identifying the need for establishing these standards as a necessary part of their business practices—this is no longer the domain for environmentalists alone. “More and more, companies are looking for ways to prove re­sponsible business practices, social responsibility and sustainability. Implementation of a standard like the ISSC-MAP can help enterprises strengthen their evidence of supply chain responsibility and sustainability.”


ISSC-MAP & Partner Organizations to the Rescue

As governments, industry, NGOs and local groups become aware of these issues, the question is, who should be responsible for and how does one go about developing such standards? ISSC-MAP was created for just such an initiative. ISSC-MAP builds upon the work previously carried out by WHO, IUCN and WWF as well as the CBD to define and establish a framework for the sustainable development of biological diversity. Its vision is “To save the plants that save lives and livelihoods!”

ISSC-MAP represents a collaboration of many stakeholders, with its principal funding partners being Germany’s Federal Agency for Nature Conservation (BfN), World Wildlife Fund Germany (WWF), International Union for the Conservation of Nature (IUCN—an NGO based in Switzerland), and Wildlife Trade and Monitoring Network (TRAFFIC—an NGO based in the U.K.). In addition to these organizations, there is an international advisory group and several other public and private organizations that contribute to the cause (see Figure 1).

The initial phase of the work is in es­tablishing test cases to evaluate how standards impact and are affected by different regions and conditions. ISSC-MAP has ongoing projects in Brazil, Cambodia, India, Lesotho, Nepal and Bosnia-Herzegovina. There are additional projects with alternate funding in China and Ukraine.

Implementation of these projects de­pends on the support from local governments, collector associations, NGOs and the private sector. It is crucial that all the stakeholders have significant involvement in the development of the standards as well as in the implementation of those standards.

An initial set of standards has been created, but this is by no means a finished document. As feedback comes in from the different projects and from other stakeholders, the standards will be updated and modified accordingly. This will assist certification agencies in de­veloping the necessary criteria to carry out third party auditing and certification work.

The Institute for MarketEcology (IMO), for example, which is an organic and fair-trade certifier as well as one of the ISSC-MAP partner organizations, has adopted the standards set forth by ISSC-MAP as part of its certification programs. According to Kerry Hughes, IMO’s U.S. representative, IMO has three certification programs that deal with wild collected plants: Organic Wild Collection, ISSC-MAP and FairWild. IMO developed the FairWild certification program as a complementary social responsibility module to ISSC-MAP.

There is already early evidence of the benefits of these programs as well as evidence on the risk associated with non-action. For example, uva ursi, the trade of which is monitored under EU regulations, is being sustainably managed in Siberia, while devil’s claw recovers in Africa. Many other economically important species are being evaluated in different projects. The goal is to understand how theses plants grow, and what their preservation and management practices entail. These projects are also assessing these plants’ impact on the economic, social and cultural fabric of the regions they are found in.

Conversely, there are still many sad examples of plants that are being or already have been over-harvested to the point of near extinction. Mr. Brinckmann explained why this might be. “People tend to be more concerned with the conservation of animals not plants. Celebrities are not lining up to be spokespeople for endangered plant species. Yet, clearly people all over the world are dependent on the survival of MAPs, especially those that are wild collected. Much education is needed to correct this” he said. “People are just waking up to the fact that natural in­gredients come from all over the world, even though in the past European monarchies fought wars over access to herb and spice trading routes during the colonization centuries. Visitors ask me regularly whether all of the herbs in our products are grown right here in Sebastopol. They have no idea that botanicals have been traded globally for centuries and that most species are still collected by local people in the wild.”NW
Related Searches
Related Knowledge Center
Suggested For You 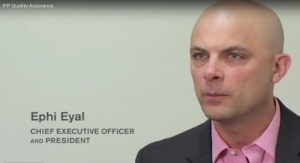