Glucosamine has been in the news recently and continues to increase in popularity. It is therefore appropriate to review glucosamine and its analysis in this month’s column.

Q: I recently received a supply of glucosamine HCL, which was accom-panied by a certificate of analysis stating that the purity was 98% by UV-VIS. I had my lab conduct the analysis and it reported a purity of 65% by HPLC. Now I am confused.

A. Confusion is nothing new in the supplement industry, and your question is very timely. First, let’s step back and take a look at glucosamine.

As the population ages, the incidence of arthritis increases. The most common type of arthritis is osteo-arthritis, which afflicts more than 20 million American adults. Osteo-arthritis is caused by the breakdown of cartilage, which is a fibrous, elastic connective tissue that is important as a protective layer in joints. This affliction causes limited motion, pain and joint damage. The disease generally occurs late in life, and most commonly affects the hands and knees.

Glucosamine is a natural substance found in and around the cells of cartilage. It is an aminomonosaccharide (amino-sugar) that the body produces and distributes in cartilage and other connective tissue. Glucosamine is an intermediate substrate needed for the synthesis of proteoglycans by the joint cartilage in the human body. It is the proteoglycan components of cartilage that give cartilage its functional shock absorber effect.

Glucosamine is typically prepared from shellfish, specifically chitin, which is the major indigestible carbohydrate found in the shells of crustaceans. A much smaller amount of glucosamine is chemically synthesized, usually as the sulfate form. The two most common commercial forms are glucosamine sulfate (as the sodium or potassium salts) and glucosamine hydrochloride; the acetylated derivative, N-acetylglucosa-mine, is also available.

Glucosamine has been studied for many years. It recently received a boost with the release of a study sponsored by the National Institutes of Health (NIH) called the Glucosamine/Chondroitin Arthritis Intervention Trial (or GAIT study), which showed that the combination of glucosamine and chondroitin sulfate seems to be effective in osteo-arthritis patients with moderate to severe knee pain. This will un-doubtdly increase the interest in glucosamine.

Interestingly, the chromatogram does not look like a typical single peak. Glucosamine has two natural stereoisomers, that is, two non-super imposable mirror images of one another, similar to your right and left hands. As a result, the analysis shows two peaks. Since both peaks represent the glucosamine, the sum of the areas of the two peaks is used to quantify the glucosamine free base. Then, with the salt version known a simple calculation gets you the product’s assay. You have to be sure you know which salt form you have since the calculation is different for each.

So why the contradictory analyses? While there could be any number of reasons, let’s focus on one. UV-VIS spectroscopy is the measurement of the wavelength and intensity of absorption of near-ultraviolet and visible light by a sample. The instrument used is called a ultraviolet-visible spectrophotometer. To obtain absorption information, a sample is placed in the spectrophotometer and ultraviolet or visible light at a certain wavelength, or range of wavelengths, is transmitted through the sample. The spectrophotometer measures how much of the light is absorbed by the sample. The concentration of an analyte can be determined by measuring the absorbance at some wavelength and applying the Beer-Lambert Law (we will leave that for another column).

This method is sometimes referred to as “non-specific.” That is, the measurement is any material absorbing light at the selected wavelength. In this case, it probably includes the glucosamine, but it could also include substances in the sample absorbing at a similar wavelength. On the other hand, with HPLC we first separate the analyte of interest (glucosamine) and then measure its absorbance alone. As a result, analyses by UV-VIS can result in higher assays.

For glucosamine, we think the most selective AOAC method is the way to go. NW
Related Searches
Related Knowledge Center
Suggested For You 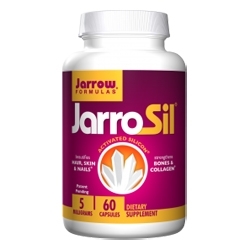 The State of Nutraceutical Testing