Everything you need to know before exporting your product to Europe.


Everything you need to know before exporting your product to Europe.

Nine years have passed since Europe introduced its regulation EC258/97, intended to protect European consumers from Novel Foods, which are foods or food ingredients not part human consumption to a significant degree within the European Community before May 15th, 1997, and are part of one of the following groups:

• Originating from or containing genetically modified organisms;
• Possessing a new or modified molecular structure;
• Being microorganisms, fungi or algae or isolated from those;
• Consisting of or isolated from plants and animals; or
• Produced with unusual methods resulting in significant changes in content or structure.

Some of the accepted Novel Foods consist of regular food products that are in use all around the world except in Europe. An example is Noni juice, which had to overcome a high and expensive hurdle to be sold in Europe. This is because regulators believe extensive toxicological studies are needed before exposing European consumers to a food product from abroad.

Besides Noni juice, a rare marketing authorization has also been issued for genetically modified maize. In addition, there have been approvals granted for phytosterol/phytostanol use in different foods.

For producers of phytosterols/phytostanols, Novel Food approval provides them a market advantage for a period of time because competitors with similar products need to prove substantial equivalence for the competing product. Often, patents prevent this step since the exact composition is protected by intellectual property (IP).

In other cases, Novel Food status clears the market of generic products before a major producer introduces its products. This is currently the case for hoodia, which was declared a Novel Food six months ago. Since hoodia is not approved as a Novel Food it had to be pulled from the market. This was probably the work of Unilever, which is planning to introduce a Slimfast-Hoodia product one to two years from now. Although many hoodia products have disappeared from the market,some products containing hoodia (or material labeled as hoodia) continue to be sold, especially through the Internet. This is likely due to the difficulty surrounding enforcement.

One example of a Novel Food re-fusal is stevia. The Novel Foods Commission based its decision on the potential toxicity of the natural sweetener, a claim that is thinly supported by evidence. In this case, it seems the lobbying interest of the chemical sweetener industry was successful despite the fact that stevia is sold worldwide in high volumes, especially throughout South America and Asia without any safety problems. As a result of stevia’s refusal, the market is getting creative. You can still find stevia products on European store shelves carrying the label “not for food use,” while at the same time being sold next to a stevia cookbook.

Novel Food regulation has also had a negative impact on the export of food products from regions like Africa, Asia and South America. Currently, these regions are hampered by restrictions prohibiting them from exporting many of their lesser-known exotic traditional food products into Europe based on a regulation originally intended to protect consumers from genetically modified and potentially dangerous food products. As a result, strong lobbying interests have been hard at work to initiate revisions of the Novel Food regulation as it pertains to exotic traditional foods. These activities are supported by important international organizations like the United Nations Conference On Trade And Development (UNCTAD), through its Biotrade facilitation program, as well as by the Center for the Promotion of Import from Developing Countries (CPI). Unfortunately, it appears European legislators are resistant to change when it comes to exotic foods, despite a clear violation of WTO free trade regulations.

If one applicant or company has successfully received Novel Food authorization based on extensive and costly research, then competitors can apply on the European national level for substantial equivalence of their comparable products. Just four months after Tahitian Noni juice was accepted as a Novel Food, 26 different applications for Noni juice were submitted asking for substantial equivalence, which were granted very quickly. In the Novel Foods market, the efforts and investments of one company benefit all. In other words, there are not as many protections for Novel Foods compared to the drug market, for example, where competitors are kept at bay for several years.

For international companies, it is important to make sure dietary supplements, food products and food ingredients do not require Novel Food status in Europe. It is obvious that in view of only 16 products accepted since 1997 and the massive problems encountered by countries looking to export their food products into Europe, a revision of the EU Novel Food regulation is urgently needed.NW
Related Searches
Related Knowledge Center
Suggested For You 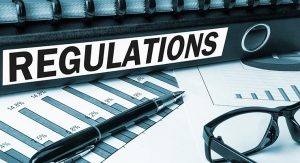 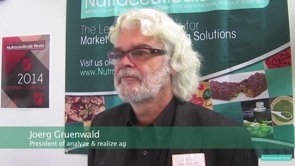 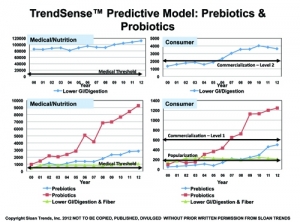 Getting Ahead of the Curve: Prebiotics

Eurotrends: The Future Of Herbal Medicines In Europe