Valuations are down but there's hope for the future.

The Future Of Dietary

Valuations are down but there’s hope for the future.


There has been a lot of media attention lately towards dietary supplements, very little of it positive. The unfortunate thing for companies in this space is that retail sales of supplements live and die by the pen of the media. Valuations tend to follow the same track.

The supplement industry is divided into four main types: vitamins, minerals, herbals and specialty supplements. Right now there is a lot of uncertainty in the supplement in­dustry about the future of the space because herbal supplement sales are down, vitamins are flat, minerals have moderate growth and specialty growth is slowing. A year ago the supplement players expected 15-20% growth in the industry, but now that falls to 4-6%…imagine what that does to valuations.

Most industry analysts expect growth to pick up again, which means the companies may be undervalued because current valuations reflect an indefinite period of 4-6% growth. Salomon Smith Barney analyst Greg Badishkanian is forecasting relatively flat sales until Q4 of this year, then expecting consumer sales to pick up to more rapid growth rates again. Ultimately this means it may be a good time to be a buyer in the space. A lot of supplement companies would love to have a white knight roll in and give them a cash infusion, even if their valuations are nearly a quarter of what they were a year ago.

How certain are these higher growth rates? Not entirely, but there is good reason to be­lieve things will pick up. The media can be horribly biased on certain issues and lately the media has been attacking the quality and science behind nutritional supplements and foods. The problem is the industry has to stop giving them reason to attack.

There have been a few interesting developments lately that make industry analysts feel there is hope for the space. First, the US Pharmacopoeia (USP), which applies universal quality standards to pharmaceutical and OTC drugs, is launching a test program to eval­uate dietary supplements. There have been a handful of independent quality assurance companies popping up in the dietary supplement space, but none with the consumer recognition of USP. Once manufacturers begin putting the USP seal of approval on their bottles, the media should have nowhere to go with the continuing attacks on supplements.

Second, more new products on the market are being developed through bio­tech models, which traditionally put a lot of science behind their products. The industry standard ginkgo biloba and St. John’s Wort will continue to fall unless there is new innovation there, but they will be replaced by products like cholesterol lowering oils and immune boosting powders.

For example, Forbes Medi-Tech, a Canadian biotech company, de­veloped an ingredient called Phytrol that was so effective at lowering cholesterol levels that Novartis has begun putting it into certain foods in some of its markets. Large health-oriented companies just don’t start throwing new ingredients into their existing foods without that level of science. Another company that recognized this was GalaGen, a biotech company that has recently moved towards nutraceutical benefits. They started developing a product called Proventra™ that helps the immune system fight infections; they put over $50 million in science behind the product. That level of in­vestment into nutritional supplements is practically unheard of. As these “next generation” products take hold, there will be fewer media articles and attacks on the science of supplements.

Third, new product forms that hit a broader section of the market are being introduced. A recent survey by the American Society of Health-System Pharmacists said that 59% of Americans do not take any type of supplement, including multivitamins, daily. However, most Americans eat food and drink beverages on a daily basis. For a while now everybody in the industry has been saying that adding functional benefits to foods and beverages is where the next spurt of high growth will come from, but there is also another reason it is so important to the industry: foods appeal to more people. If more people accept that they can get nutritional benefits from the things they eat and drink and do not have to necessarily pop a pill, then the negative media articles will have less effect on the stability of sales in the industry.

With the combination of the media having less effect and a variety of product launches coming out, industry sales should begin in­creasing at healthy rates again. Companies probably won’t see the 20%+ growth rates they had a few years ago, but increasing growth rates means valuations will begin to increase again, something everybody in the space is hoping will happen. What this means, ultimately, is that it may not be a bad time to get into the space.

Capital Prospects in the Nutrition Sector 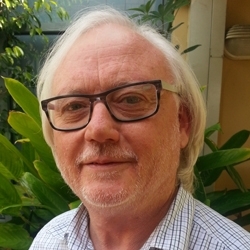