The company, which was actually started in 1986 as a "sweets and savories" manufacturer, found its energy bar niche during a particularly long bike ride founder Gary Erickson took in 1989. The company developed the Clif bar, sold off the cookies portion of the business and renamed the company Clif Bar in 1996. The privately owned company has been named to Inc. magazine's 500 Fastest Growing Companies in America in 1997 and 1998 and Working Woman's top 500 Women-Owned Businesses (the company is co-owned by Lisa Thomas).

In the company's core Clif bar line, there are 10 flavors, counting two new ones-Chocolate Brownie and Ginger Snap-introduced at March's Natural Products Expo West show. The line has also undergone a significant reformulation. According to Sheryl O'Loughlin, vice president-marketing, the reformulation was a result of consumer focus groups conducted last fall. "Our first priority was taste," she said. "We consider ourselves the taste leader in the category, so we knew we had to raise the bar to maintain our edge." This was done, she said, by adding more chocolate chips, nuts, bigger pieces of fruit and crispies for a crunchy taste.

The second facet of the reformulation was to increase the protein content. "When the energy bar category was born, most people who ate them were carbo loading," explained Ms. O'Loughlin, "Now as the category has become more mainstream, we wanted to make sure we were appealing to a larger audience. As a result, we changed our protein to soy protein and increased the protein levels per bar."

The third area was the addition of a proprietary fiber blend. All 23 essential vitamins and minerals were also added, but here again, taste is key, said Ms. O'Loughlin, and the vitamins are encapsulated to not interfere with the taste profile.

The Clif bar line now carries a new tagline, "Nutrition for sustained energy," which Ms. O'Loughlin said is an easy way for consumers to understand what the product can do for them. "And we have the clinical research to back it up," she said. "We did a study at St. Cloud University showing how Clif bars do sustain energy."

The company's "Luna" line extension, which targets women, has been very well received since its 1999 introduction. Four new flavors were recently introduced; they include S'mores, Chai Tea, Tropical Crisp and Sesame Raisin Crunch.

Finally, Clif Bar also markets "Clif Shot," a single-serve energy supplement with electrolytes and carbohydrates for the serious athlete. "Our sales are through the roof right now," said Ms. O'Loughlin. "Now we just need to work on expanding our distribution." Clif Shot is sold primarily in biking shops or running stores to appeal to the endurance athlete. 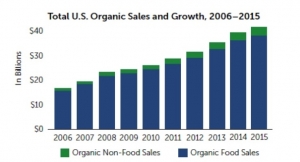 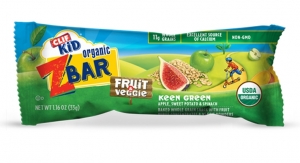 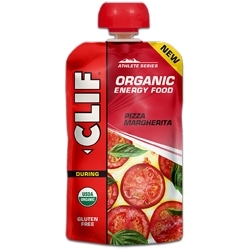 His & Hers: Nutrition Bars Keep Everyone Happy