Who's innovating from a finance perspective?

Who’s innovating from a finance perspective?


Since this issue is about industry innovators, it is interesting to look at a few companies that have been innovators on the finance side of the industry. The rapid rate of maturation has drastically changed the industry in the past few years. Companies are being forced to think like large companies and that involves having a good financial strategy. These companies have attacked various issues in unique ways that a number of companies are trying to mimic, but none have had the success of these innovators.

Natrol, Inc. Natrol has led the industry in successfully building its business by acquiring companies that it can easily assimilate into its own core competencies. In the past few years its acquisitions of Laci Le Beau, Pure-Gar and Prolab Nutrition have helped it return around 30% to its shareholders at its high point in the past year. For example, in its Laci Le Beau acquisition, it found a company that sold high margin products in its same channels. The company was able to cut out a number of the overhead expenses and marketing costs, yet still maintain the tea company’s steady sales. While the company recently said its Prolab acquisition will not do as well as it would have, Natrol has still set the pace for all the little ones. Let’s not forget that in 1994 they were a little $12 million company, yet in the pre­vious twelve months they had revenues of $81.6 million. That is pretty decent growth.

AMBI Inc. AMBI Inc. should win a perseverance award. It has dominated the chromium picolinate market with its patented position, which it acquired when it bought Nutrition 21. It has five-year average sales growth of 22.8%, but what makes it even more spectacular is that it had sales growth of over 36.3% in the past year. How many companies in the industry have been doing that lately? Not many. Everybody says earnings drives Wall Street, but in the past two quarters alone the company has nearly passed the entire previous year’s earnings and the stock price barely moved. The company is very smart about protecting its positions with patents, which allow it to charge premium prices. Its Nutrition 21 purchase is a cash cow and its recent patents on certain calcium varieties and staph infection treatments should give it similar positions going forward. Now, why the perseverance award? Despite all of this, the company has not been able to get any decent analyst coverage. Although the stock has run up in the past month or so, it was pretty languid for most of the past year. With growth rates like that, you wonder what the market really wants.

Ocean Spray. Finance and innovation do not usually go together, but Ocean Spray has done a remarkable job with its “try-before-you-buy” strategy. When it purchased 20% of Nantucket Nectars, it also received an option to purchase the entire company later. The use of options may be getting more popular in the industry right now, but no details have been released yet to confirm it. However, when you consider investments like Danone getting 20% of Lifeway Foods, Heinz taking 20% of Hain and Dean Foods investing in White Wave, you must think that some of these large companies may want to get the entire upside from the investment at a later date. Options are a cheap way to protect yourself from the downside risk of acquiring an entire company and still being able to capture the upside.

Those are our choices for finance innovators. What would we like to see next? Ever since the industry slowdown a couple years ago, people have shied away from debt instruments. There is a cardinal rule in finance that debt is always cheaper than equity. Yes, you still have to worry about cash flows but if you can grow your net income at 20% and borrow at 9%, then why not borrow a little for marketing and make it grow even faster. 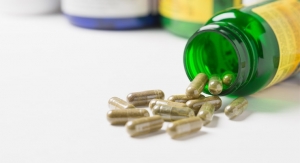 Sparks of Innovation: It Takes Guts To Champion A 'Messy' Idea